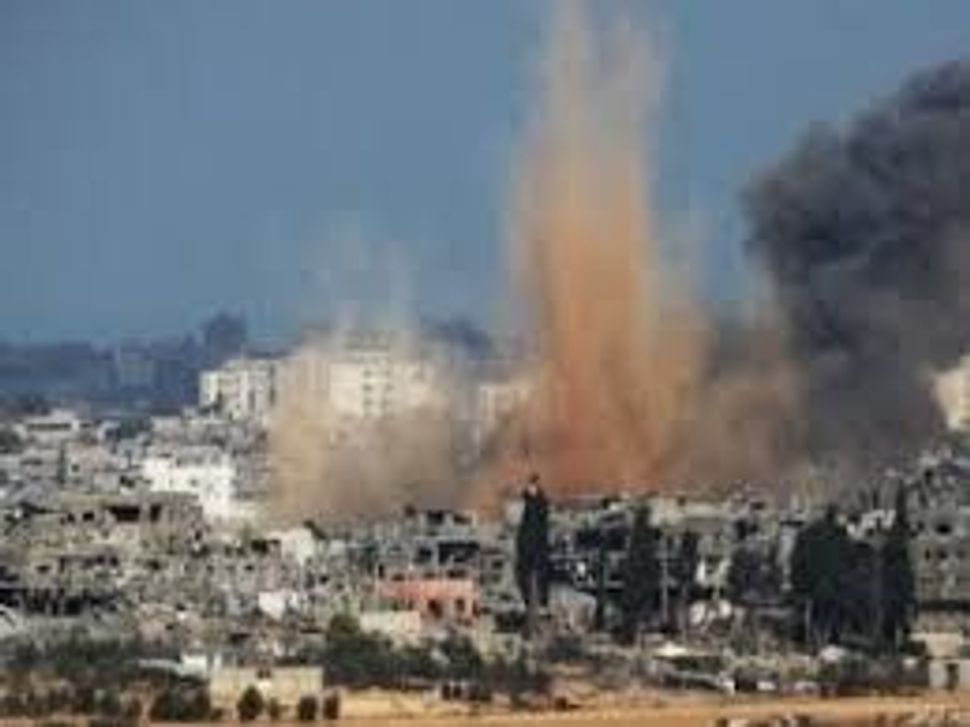 JERUSALEM (JTA) — Hamas blamed Israel for an apparent assassination attempt on Palestinian Authority Prime Minister Rami Hamdallah shortly after he entered Gaza for the inauguration of a wastewater treatment plant.

Palestinian Authority President Mahmoud Abbas’s office initially announced that it held Hamas responsible for the Tuesday morning attack, which it said “directly serves the interest of the Israeli occupation, the main beneficiary from the division” of the West Bank under PA rule and Gaza under Hamas rule.

Later on Tuesday, Hamdallah spoke with Hamas leader Ismail Haniyeh, and agreed that Israel and its collaborators were responsible for the attack, Haaretz reported.

Hamdallah and PA intelligence chief Majid Faraj were not injured in the explosion, which wounded several others. Three cars in the convoy also were damaged. The visit to Gaza was planned five months ago, according to Haaretz.

Hamdallah said the incident would not prevent him from pursuing unity and reconciliation with Hamas. “I will return to Gaza despite what happened today and I call on Hamas to allow the government to effectively control the Gaza Strip. What happened today will not stop us from continuing reconciliation efforts,” he said. He also said: “We will not allow those with a foreign political agenda to dictate to us what happens in Gaza.”