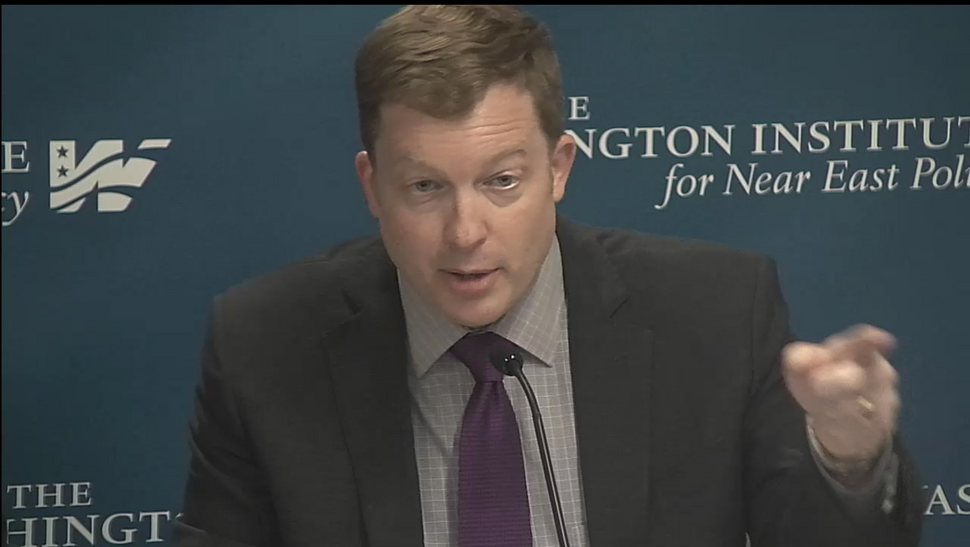 WASHINGTON (JTA) — A top Trump administration intelligence official warned of the “real potential” of war between Israel and Hezbollah that could bring in Iran and embroil the region in conflict.

“I worry about the prospect of real major state war in the Near East region,” David Cattler, the national intelligence manager for the Near East in the Office of the Director of National Intelligence, told a Washington think tank on Tuesday.

“What if a war between Israel and Lebanese Hezbollah that emerges is not solely between them but becomes a northern war that embroils more of the Levant in that?” Cattler asked. “What if Iran becomes a party to that war more directly and overtly rather than clandestinely or covertly, and that becomes a conflict that doesn’t just embroil Israel and potentially us by extension but also many of our other allies in the region?

“It is a real potential that’s out there.”

Cattler, speaking to the Washington Institute for Near East Policy, quoted President Trump’s comments from last year, identifying Iran as the main source of destabilization in the region.

The Iranian regime “remains the world’s leading state sponsor of terrorism, and provides assistance to al-Qaida, the Taliban, Hezbollah, Hamas and other terrorist networks,” Trump said in October. “It develops, deploys and proliferates missiles that threaten American troops and our allies. It harasses American ships and threatens freedom of navigation in the Arabian Gulf and in the Red Sea. It imprisons Americans on false charges. And it launches cyberattacks against our critical infrastructure, financial system and military.”