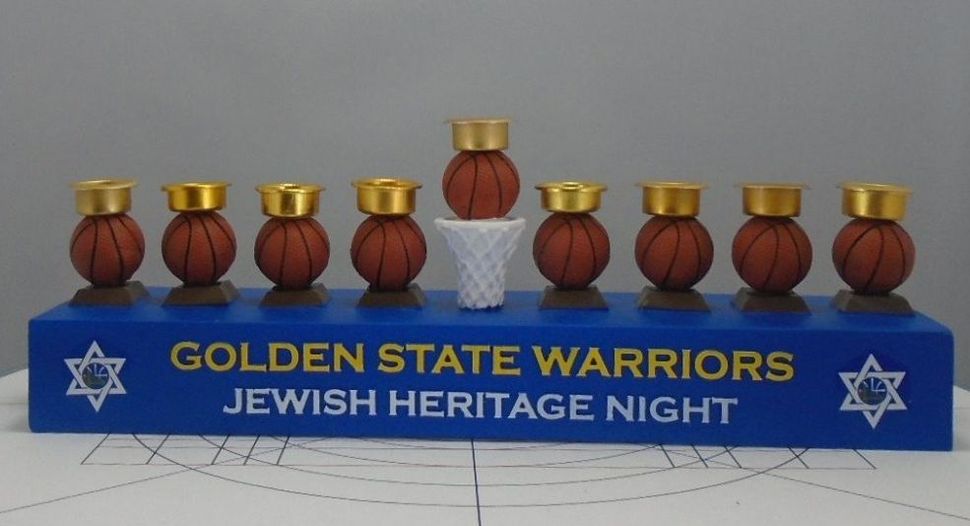 Nearly 2,000 special menorahs given out during the Golden State Warriors’ Jewish Heritage Night last December have been recalled. According to press releases, the glue that holds the menorah together can melt if exposed to heat, leading the candle to fall over and start a fire.

No injuries have been reported from the use of the menorahs. But at least one incident of part of the menorah toppling over has been recorded.

The menorahs, made in China, were handed out on December 14, 2017, during the NBA team’s Jewish Heritage Night.

“Consumers should immediately stop using the recalled menorahs and dispose of them,” the Consumer Product Safety Commission said in a statement.