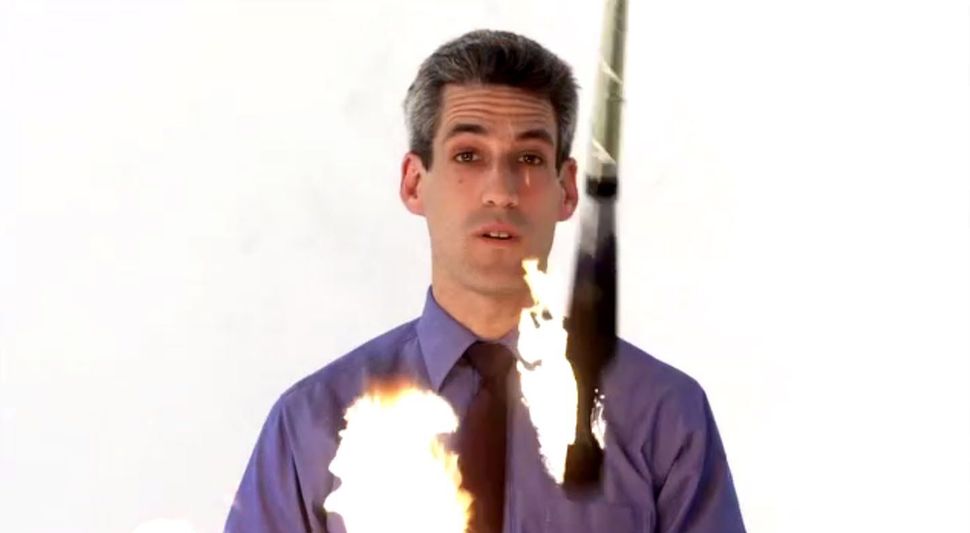 Politicians in a crowded primary field will try unusual things to get attention from voters. Daniel Biss, seeking the Democratic nomination for the Illinois governor’s race, went in an unusual direction: juggling fire.

Many things set me apart from my opponents—and it’s not just the juggling. Make your voice heard at the polls: https://t.co/7YsdqnBRth pic.twitter.com/6TmPHH0oOv

Biss, a member of the Illinois state senate, juggles three flaming clubs while discussing his campaign platform as a way to stand apart from the more “high budget” ads from his competition. Biss referred to himself as a “middle class guy who doesn’t have millions of [his] own dollars to spend on TV commercials.”

Biss makes the case in the 43-second video that he’s the progressive candidate in the race, promising that he will “finally make billionaires pay their fair shares in taxes and will lead the fight for universal single-payer healthcare.”

Biss, who is Jewish, lost the endorsement of Rep. Brad Schneider after it emerged that his running mate, Carlos Ramirez-Rosa, supported the anti-Israel boycott, divestment and sanctions movement. Ramirez-Rosa dropped out of the race soon after.

Biss’ main opponent is fellow Jewish Democrat J.B. Pritzker, who has spent nearly $70 million of his own funds on the race. Elections will be held on Tuesday.