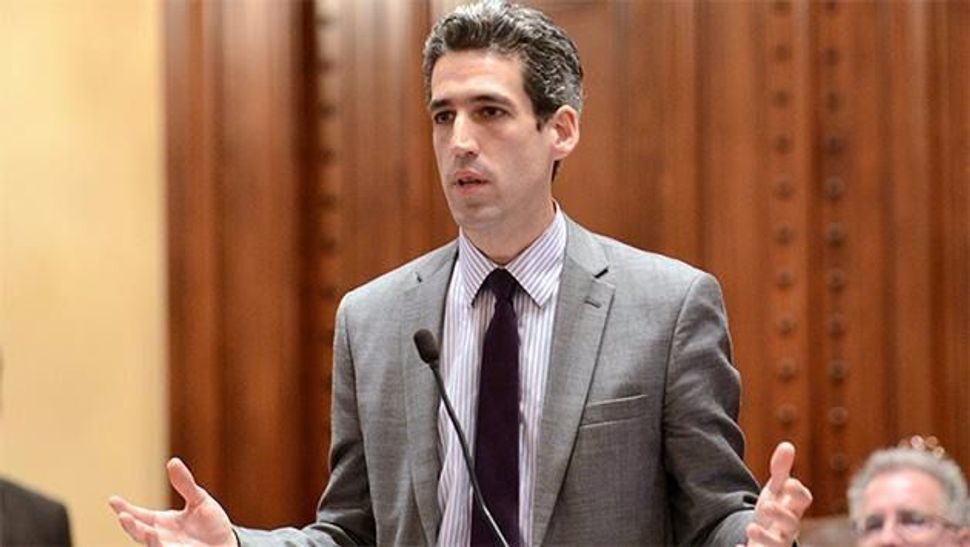 A longshot left-wing campaign to win the Democratic nomination in Illinois’s gubernatorial race just got longer after candidate Daniel Biss lost the endorsement of a key member of Congress due to his running mate’s support for the anti-Israel boycott, divestment and sanctions movement.

Daniel Biss, a Jewish state senator and former math professor running a Bernie Sanders-style campaign, has long trailed in the polls for the party nomination behind businessmen J.B. Pritzker (who is also Jewish) and Chris Kennedy. But Biss still had a few strong endorsements, including from two members of Congress.

Unfortunately for Biss, one of those congressmen, Rep. Brad Schneider (who is also Jewish), announced Sunday that he could no longer support the Biss campaign because of the anti-Israel activism of Biss’s running mate, Chicago alderman Carlos Ramirez-Rosa.

“This decision is not taken lightly,” Schneider wrote. “I remain hopeful that, as Alderman Ramirez-Rosa learns more about the importance of the U.S.-Israel partnership to both our nations, the unique challenges Israel faces as the only democracy in a very dangerous neighborhood, and the commitment of the vast majority of the Israeli people to peace and a two-state solution, he will reconsider his positions.”

Ramirez-Rosa said in an interview in 2016 that the U.S. should consider “divesting from Israel to support the people of Palestine.” He is also a member of the Democratic Socialists of America, which voted in August to endorse the BDS movement.