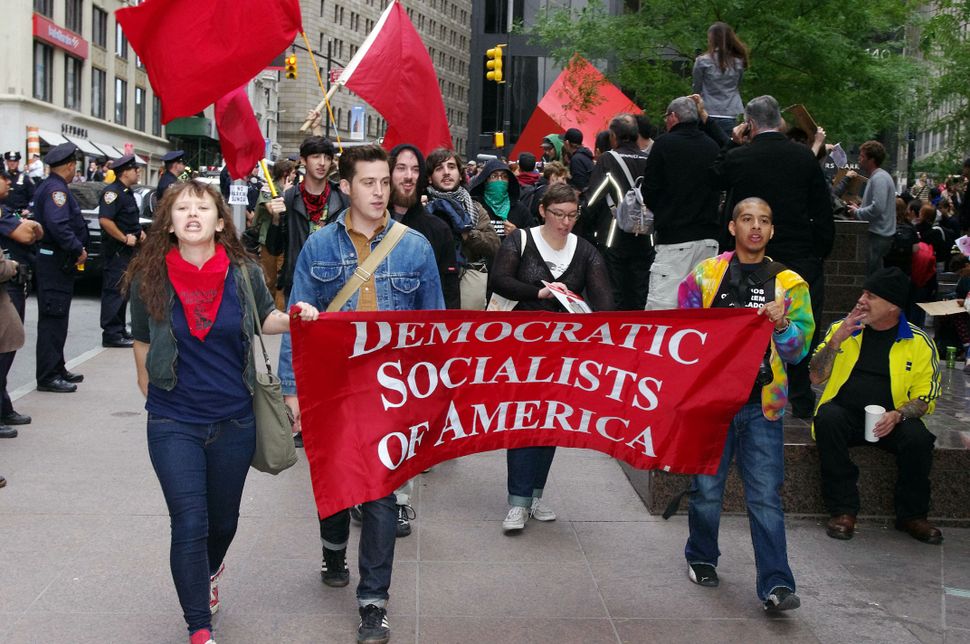 A delegation of the Democratic Socialists of America participate in the 2011 Occupy Wall Street protests. Image by Wikimedia

(JTA) — The Democratic Socialists of America voted to endorse a BDS motion against Israel at their biannual convention in Chicago.

The vote, which took place on Saturday, passed with 90 percent approval of the 697 delegates from 49 states.

According to its website, The Democratic Socialists of America, or DSA, “is the largest socialist organization in the United States, and the principal U.S. affiliate of the Socialist International. DSA’s members are building progressive movements for social change while establishing an openly democratic socialist presence in American communities and politics.”

The organization reports that it has about 25,000 dues-paying members nationwide, up from 8,000 in recent years.

While the movement is not officially associated with Palestinian-American activist Linda Sarsour, DSA is aligned with her, according to the Jerusalem Post. DSA was an official participant in the Women’s March in January 2017, of which Sarsour was a co-organizer, the Post reported.