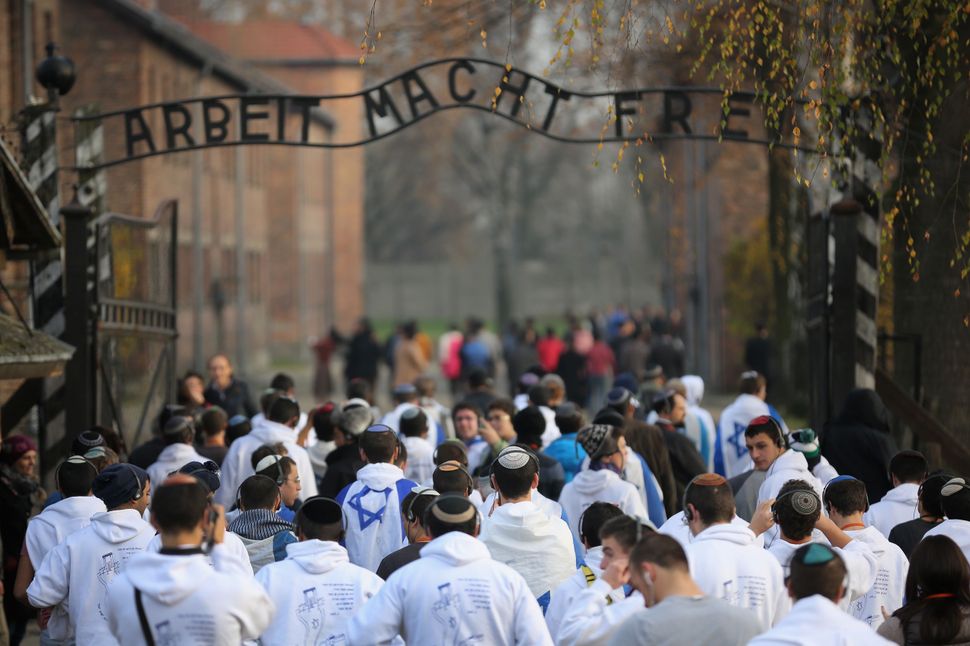 JERUSALEM (JTA) — An Israeli mayor canceled his participation in a ceremony with the mayor of the Polish town of Radomsko after the speech he was to deliver to Israeli high school students was censored by local authorities.

Eli Dukorsky, mayor of the northern Israeli city of Kiryat Bialik, refused to deliver the censored speech and the ceremony to be held Monday in Radomsko was canceled, Hadashot news first reported. Radomsko and Kiryat Bialik are sister cities.

The speech, which had been provided to Radomsko authorities on Friday so it could be translated into Polish, was changed in accordance with a controversial new law that criminalizes claims that the Polish nation or state was responsible for Nazi crimes.

Dukorsky was asked to omit parts of his speech in which he referred to Poles who turned Jews over to the Nazis, as well as the number of Jews murdered by Poles. The mayor also was asked to substitute the word Ukrainians for Poles when taking about complicity and use the term German Nazis instead of Nazis, according to the report.

“We reject any attempt at censorship,” Foreign Ministry spokesman Emmanuel Nahshon told Hadashot. “We support the mayor’s right to deliver his speech as he planned and to not leave out any word, not even a single letter.”

Dukorsky later delivered his original speech to the Israeli students in a private ceremony. He told the students about the censorship controversy.

Violators of the law that went into effect at the beginning of the month could face up to three years in prison, though government officials say prosecution under the law is unlikely.