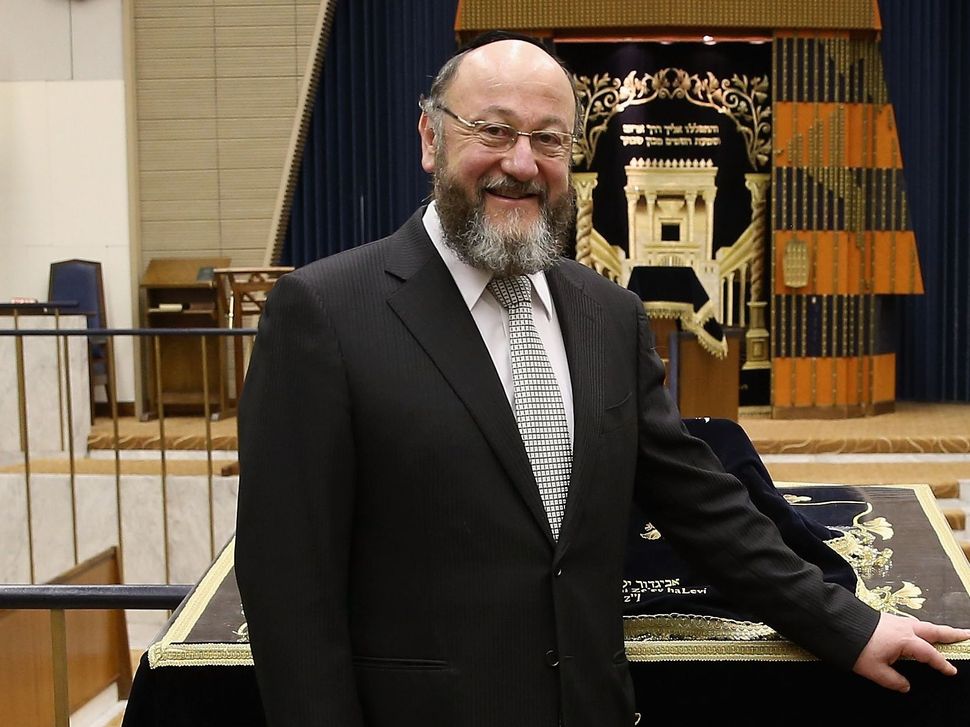 Chief Rabbi Ephraim Mirvis of the UK has rebuked his Israeli Sephardic counterpart for referring to black people as “monkeys,” the Jewish Chronicle reported.

Rabbi Yitzhak Yosef, a globally recognied leader of Sephardic Jews in Israel, made the racist comment this week during a sermon about saying a blessing when one sees an “unusual” person. Yosef said that in America you wouldn’t say the blessing on a black person, because “you see one every five minutes.” Yosef then seemed to insinuate that you would only say the blessing over the dark-skinned son of a white family — because “they had a monkey as a son.”

Mirvis said “the terminology used is deeply offensive and totally unacceptable.” Mirvis announced that his office had reached out to Yosef’s office to “make that clear.”

Yosef has come under fire from Jewish groups in the UK, in the U.S. and in Israel.

A representative for Yosef said that the remarks were made in the context of Talmudic language. He said that the Talmud explicitly says to say the blessing over “unusual” people when seeing an actual monkey or ape.