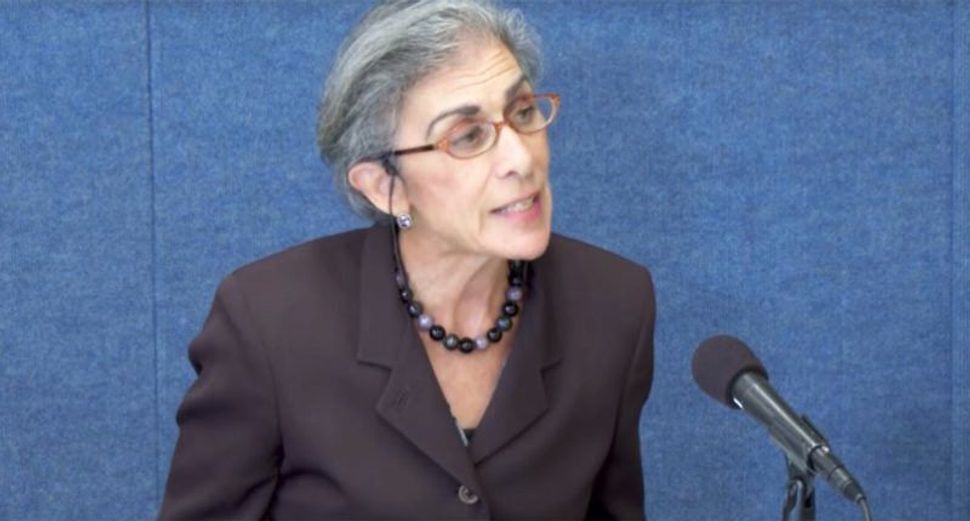 A professor at the University of Pennsylvania Law School has been punished by her school after claiming in an online debate that African-American students get worse grades.

Amy Wax, a tenured professor, made that claim last September in a recently-resurfaced conversation with Brown University economist Glenn Loury on the online platform Bloggingheads.

“Here’s a very inconvenient fact, Glenn: I don’t think I’ve ever seen a black student graduate in the top quarter of the class, and rarely, rarely, in the top half,” she said. “I can think of one or two students who scored in the first half of my required first-year Civil Procedure course.”

Wax went on to say that “some” minority students shouldn’t attend the school, and that the Penn Law Review has a diversity mandate.

In an email to students and faculty, the dean of the law school said that Wax’s claims were inaccurate.

“It is imperative for me as dean to state that these claims are false,” Dean Theodore Ruger wrote. “Black students have graduated in the top of the class at Penn Law,and the Law Review does not have a diversity mandate. And contrary to any suggestion otherwise, black students at Penn Law are extremely successful, both inside and outside the classroom, in the job market, and in their careers.”

““In light of Professor Wax’s statements, black students assigned to her class in their first week at Penn Law may reasonably wonder whether their professor has already come to a conclusion about their presence, performance, and potential for success in law school and thereafter,” Ruger added.

Wax has been barred from teaching mandatory first-year classes, but her tenure, salary and seniority remain unaffected.

In response, Wax wrote an op-ed in The Wall Street Journal, calling on the university to release grade data to prove whether her statements were indeed false or not.

Wax previously courted controversy last fall after co-writing an op-ed on Philly.com claiming “all cultures are not equal,” criticizing “single-parent, antisocial habits, prevalent among some working-class whites; the anti-‘acting white’ rap culture of inner-city blacks; [and] the anti-assimilation ideas gaining ground among some Hispanic immigrants.”

Wax claimed in a follow-up interview with the Daily Pennsylvanian that Anglo-Protestant cultural norms are “superior.”