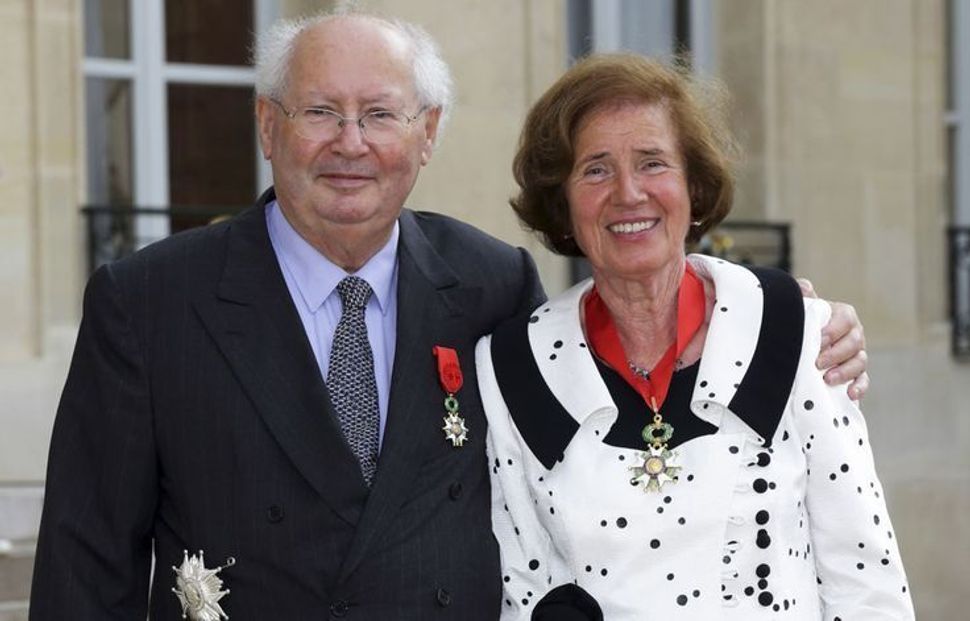 Serge and Beate Klarsfeld, two of Europe’s most famous Nazi hunters, are preparing to publish a memoir as they confront Europe’s rising anti-Semitism and xenophobia, the Washington Post reported.

Over five decades the Klarsfelds, who are married, have tracked Nazis from Paris, their home, to as far away as Syria and Bolivia. Their most famous catch, Klaus Barbie, called the Butcher of Lyon, was extradited to France after their extensive lobbying of the French government and convicted of crimes against humanity in 1991.

“All my troubles in the past started when Madame Klarsfeld came to Bolivia,” Barbie said when his trial began.

But now the couple fears that Europe is forgetting the memory of the Holocaust.

They hope an English translation of their memoir, “Hunting the Truth,” will help change that. The story covers Serge’s memories of watching his father be taken away by the Gestapo, and Beate’s memories of her German Protestant upbringing, and her parents who she says “sleepwalked” through World War II.

The couple has been behind seminal moments in Holocaust awareness history, such as when Beate slapped the West German Chancellor Kurt Keieinger in 1968 for being a member of the Nazi party.

“We fight for values that we will defend the rest of our lives,” Serge said. “After we die, we can’t say what will happen.”