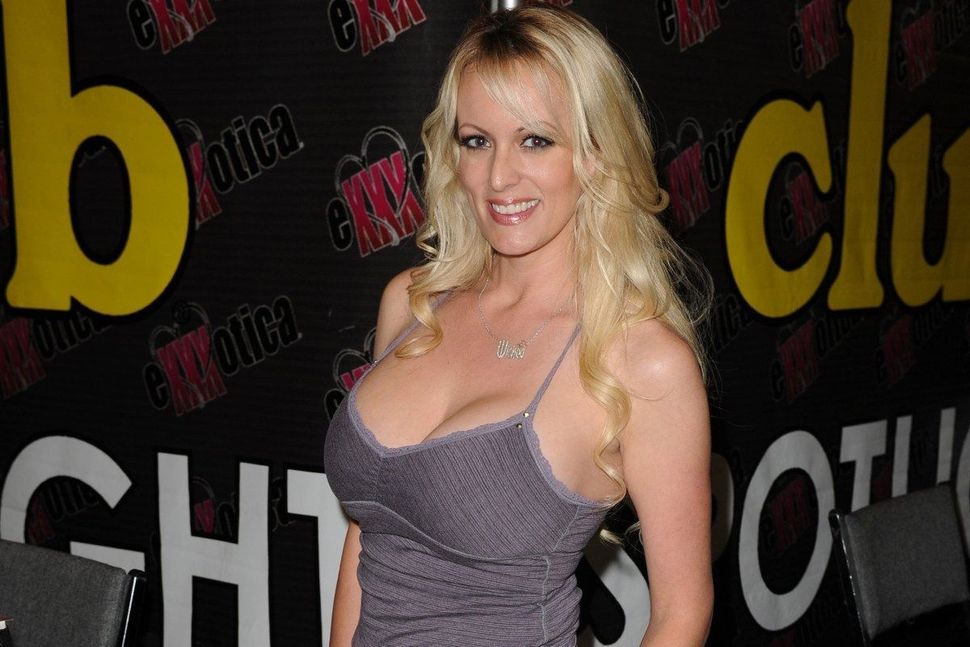 Stormy Daniels, the former adult-film star who allegedly signed a nondisclosure agreement shortly before the presidential election promising to keep quiet about a sexual encounter with President Trump, sued his lawyer on Monday for defamation.

Daniels, whose legal name is Stephanie Clifford, said that Cohen publicly portrayed her as having made up the affair with Trump.

Daniels claimed that Cohen defamed her when he put out a statement in February denying that the $130,000 payment he made to her just before the election was hush money, NPR reported. In that statement, Cohen said, “Just because something isn’t true doesn’t mean that it can’t cause you harm or damage.”

“It was reasonably understood by those who read or heard the statement that Mr. Cohen’s defamatory statement was about Ms. Clifford,” Daniels’ lawsuit stated. “Both on its face, and because of the facts and circumstances known to persons who read or heard the statement, it was reasonably understood Mr. Cohen meant to convey that Ms. Clifford is a liar, someone who should not be trusted, and that her claims about her relationship with Mr. Trump is ‘something [that] isn’t true.”

During an interview with 60 Minutes on Sunday night, Daniels said that she met Trump at a golf resort in Lake Tahoe, soon after his wife Melania had given birth to their son Barron. Daniels said that she did not want to have sex with Trump after going to his hotel room, but added that she “was not a victim.”