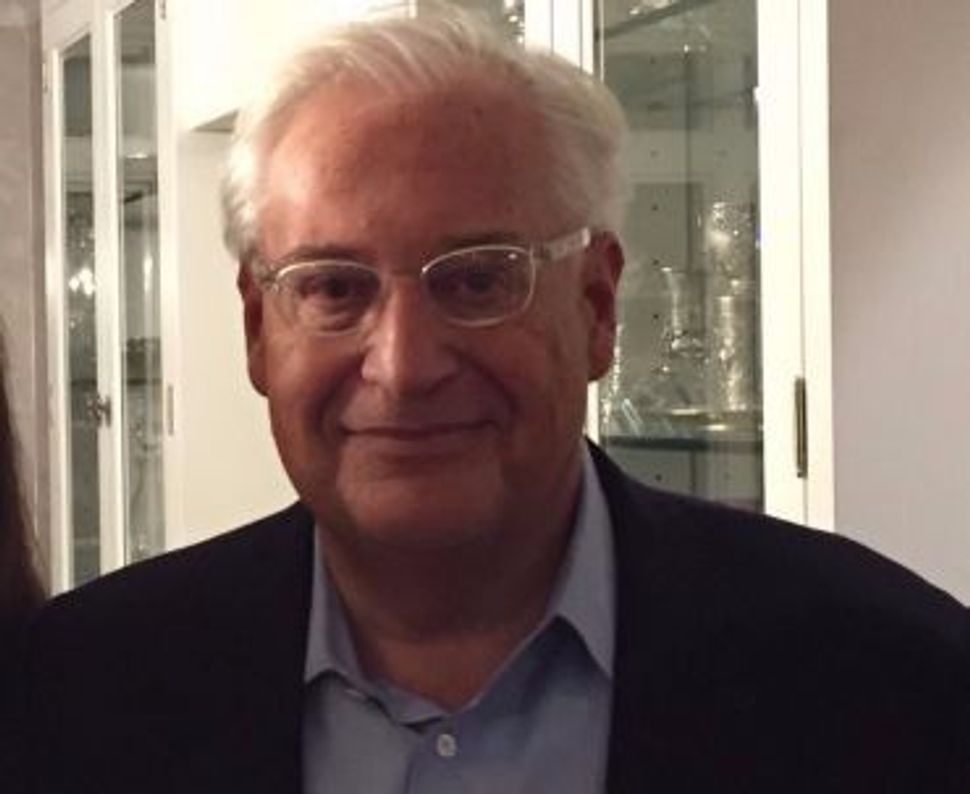 JERUSALEM (JTA) — U.S. Ambassador to Israel David Friedman said reports about an interview in which he suggested that the White House was waiting for someone to replace Palestinian Authority President Mahmoud Abbas misrepresented his comments.

The interview will be published in Shevi’i, a Religious-Zionist newspaper that comes out on Fridays. Excerpts of the interview were released on Wednesday.

On Thursday, Friedman clarified his comments in a tweet.

“I was misquoted in various reports stemming from an interview that published today. The United States is not seeking ‘to replace’ Mahmoud Abbas. It is for the Palestinian people to choose its leadership,” the tweet said.

Abbas’ five-year term as head of the Palestinian Authority ended in 2009; no new elections have been called and he remains in his post.

Abbas cut ties with Friedman and U.S. peace negotiators in December, when President Donald Trump recognized Jerusalem as Israel’s capital and said he would move the U.S. embassy there.