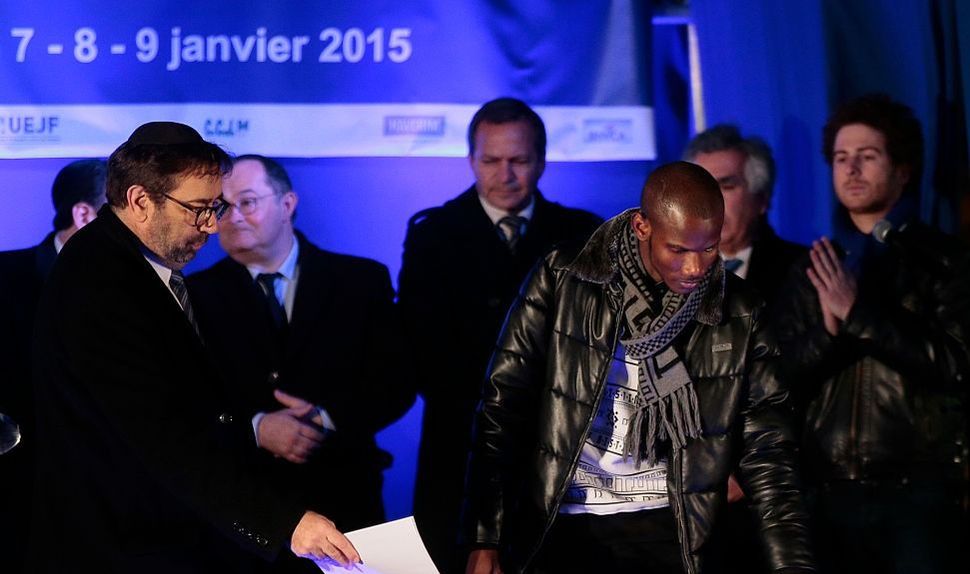 PARIS (JTA) – Perhaps the most significant attendee at a memorial service for a Holocaust survivor murdered in her Paris apartment was a young African Muslim man who unceremoniously entered the synagogue and sat in the back row.

Within minutes, all eyes were on the man — Lassana Bathily, a 27-year-old from Mali whom many consider a hero because he hid a dozen people from the jihadist who killed four Jews at a kosher store in 2015.

After the vigil, dozens of people huddled around Bathily — some to hug him, others only to shake his hand and several to pose for a selfie with him.

Some women crossed over from their section of the synagogue to greet Bathily and thank him for coming, addressing him in the familiar “tu” pronoun rather than the “vous” that they would normally use with strangers.

Several people said his presence offers hope amid growing despair over the proliferation of anti-Semitic violence and the apparent inability by authorities to stop it.

“Real change is … up to people like Lassana, so it’s moving to see him with us here, standing with us in solidarity in our hour of need,” said David Mechal of Sarcelles.

For Bathily, who has consistently rejected assertions that he was a hero, attending the vigil was “an act of solidarity,” but also a message.

“I want to tell the Jews of France, you are not isolated. You are not abandoned. This is your country,” said Bathily, who himself became a French citizen by power of an executive decree weeks after the bloodbath at the HyperCacher store in recognition of his role in saving people from the perpetrator.

“Do not leave France, stay here,” he added. “There are many like me who support you.”