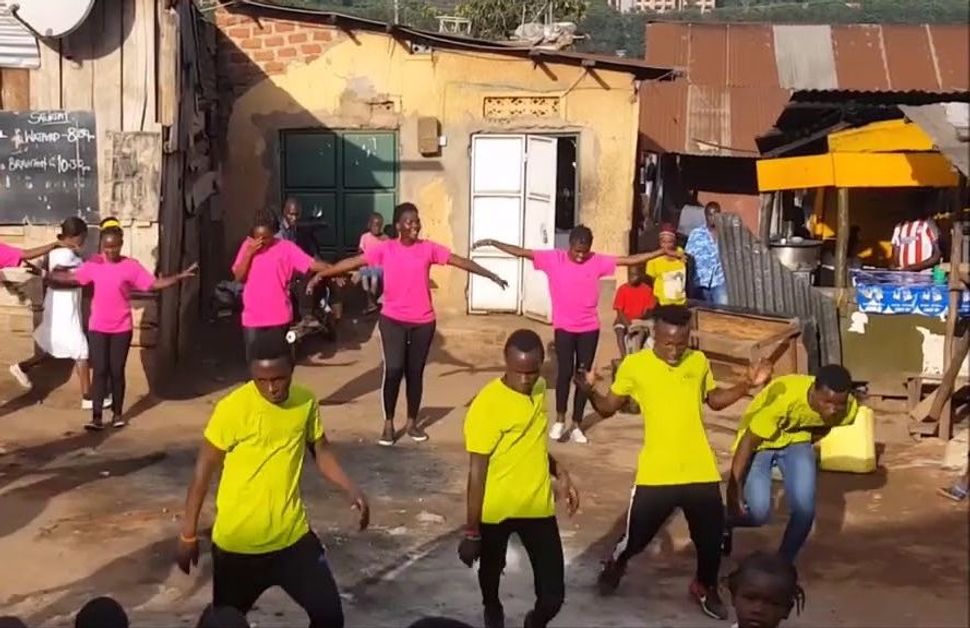 A dance group in Uganda has made a video video for Israel’s Eurovision song contest entry, “Toy,” is going viral, the Jewish Chronicle reported.

“The guys heard the song and just started dancing,” said 25-year-old Tel Aviv native Shiraz Arieli. She added that the routine was choreographed in a day, with volunteers getting the groupmatching t-shirts for the videos.

Spoon Youth is supported by an Israeli-Ugandan not-for-profit.