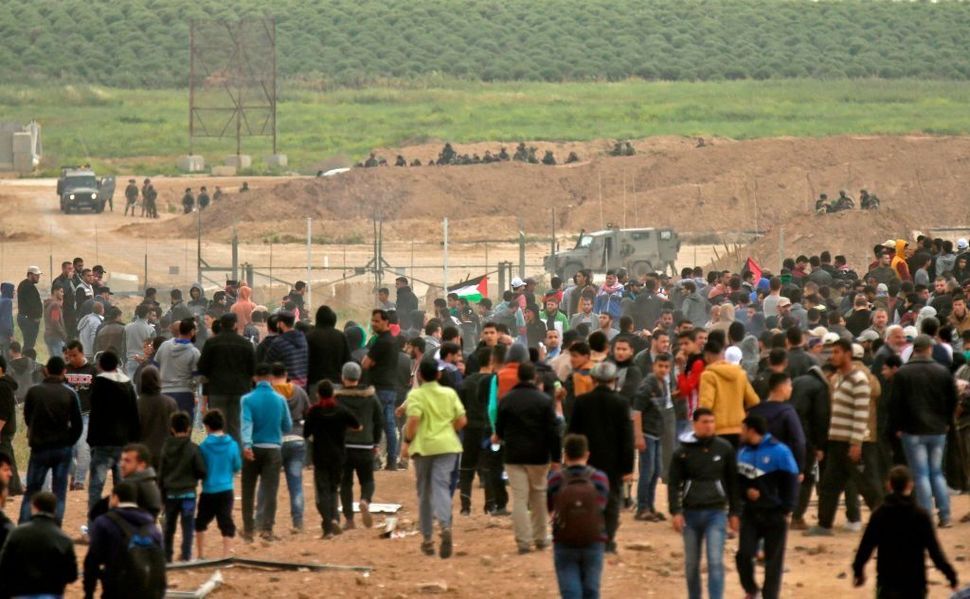 Tension remained high in the area a day after deadly violence broke out in one of the biggest Palestinian demonstrations there in years.

An Israeli military spokesman said he was checking the details of Saturday’s unrest.

On Friday at least 15 Palestinians were killed by Israeli security forces confronting protesters, some of whom the military said had opened fire, rolled burning tires and hurled rocks and fire bombs toward troops across the border.

Palestinian President Mahmoud Abbas declared Saturday a national day of mourning and a general strike was called across the occupied West Bank. Thousands in Gaza marched through the streets at funerals for those killed.

Tens of thousands of Palestinians had gathered on Friday along the fenced 65-km (40-mile) frontier, where tents were erected for a planned six-week protest pressing for a right of return for refugees and their descendents to what is now Israel. The Israeli military estimate was 30,000.

Families brought their children to the encampments just a few hundred meters (yards) from the Israeli security barrier with the Islamist Hamas-run enclave. But hundreds of Palestinian youths ignored calls from the organizers and the Israeli military to stay away from the frontier and violence broke out.