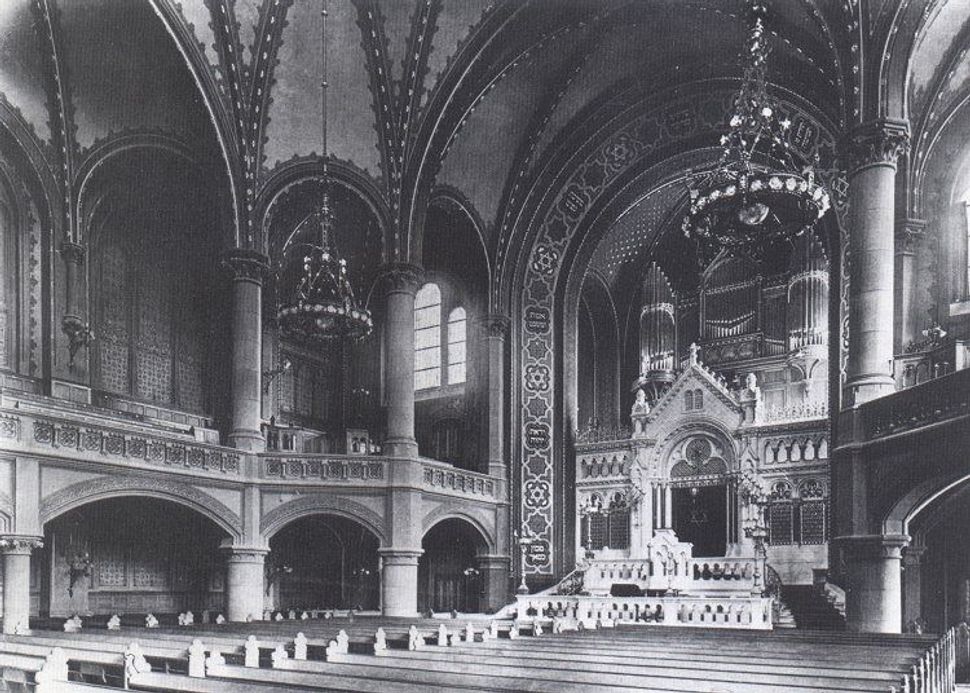 The Fraenkelufer synagogue before it was looted and destroyed on Kristallnacht. Image by Kreuzberged.com

A Palestinian-German politician and the chairman of Berlin’s Jewish community are hatching a plan to rebuild a grand synagogue destroyed by Nazis and their supporters in 1938, the Washington Post reported.

The Fraenkelufer synagogue was largely destroyed during Kristallnacht, in 1938. Raed Saleh and Gideon Jaffe hope to raise enough money for a new synagogue — one that can be a community center for the whole neighborhood of Kreuzberg, which is now home to many immigrants from the Middle East.

Joffe said that the new synagogue is also meant to combat a sense of rising anti-Semitism in Berlin and Germany in general.