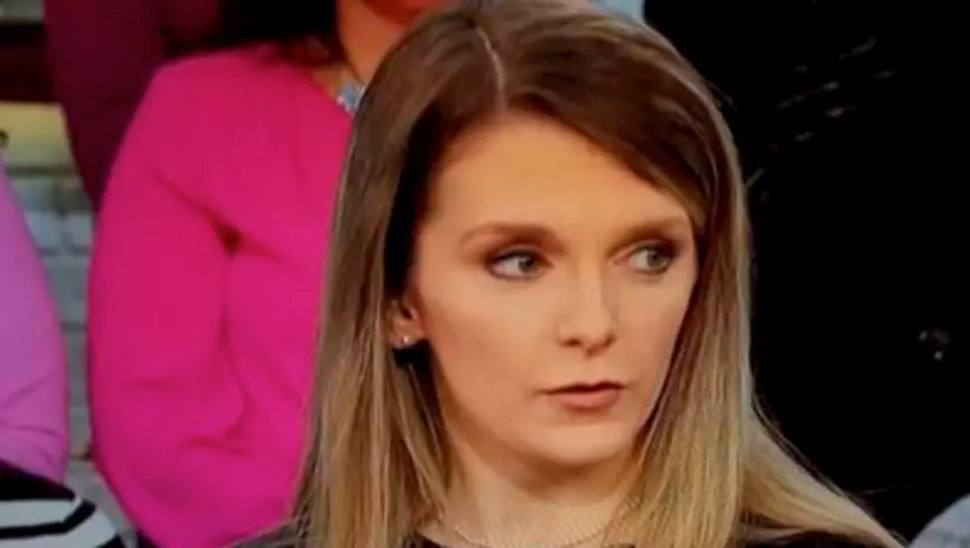 Carey Purcell, author of the widely-criticized Washington Post op-ed “I am tired of being a Jewish man’s rebellion.” Image by Twitter

The writer of a widely-criticized Washington Post op-ed about her bad experiences dating Jewish men issued an apology on Tuesday.

“I am truly sorry I offended so many,” freelance writer Carey Purcell wrote on her personal website. “It was never my intention to disrespect the Jewish faith or anyone who engages in Jewish customs, traditions or religious beliefs, and my editor and I spoke about that at length while putting the piece together. I realize now that I touched upon serious issues for Jewish people in America and worldwide, for which I sincerely apologize.”

“I think compassion and empathy are more important than ever in today’s world,” Purcell added. “This has been an eye-opening experience for me, and I will continue to work to educate myself further to be supportive and respectful of all people.”

In her piece, titled “I am tired of being a Jewish man’s rebellion,” Purcell wrote that she would no longer date Jewish men after two Jewish boyfriends stopped dating her. She described herself as a blond WASP who “often [wears] pearls and can mix an excellent, and very strong, martini,” and criticized her boyfriends’ overbearing mothers.

“At almost every event I go to, [Jewish men] approach me,” she wrote. “As flattered as I am, I don’t welcome the complications and potential heartbreak I’ve experienced back into my life.”

The piece was criticized and mocked on social media, with some calling the piece anti-Semitic.

“It’s definitely not super racist and pathologically narcissistic to write an op-ed in a major newspaper about how you’re done dating people of one specific religion, no sirree bob,” New Yorker writer Helen Rosner tweeted.

“At a time when antisemitism is on the rise, I’m struggling to fathom why someone would feel compelled to write an OpEd using her 2 breakups with Jewish men to make sweeping assertions about Jewish communities and promote negative stereotypes about us,” Women’s March activist Sophie Ellman-Golan wrote.

Others blamed her editor at the Post for prioritizing “hate-clicks” over running a thoughtful piece that could have contributed to conversations about intermarriage.