What Is Jewdas, The Radical Group That Hosted Jeremy Corbyn For Seder? 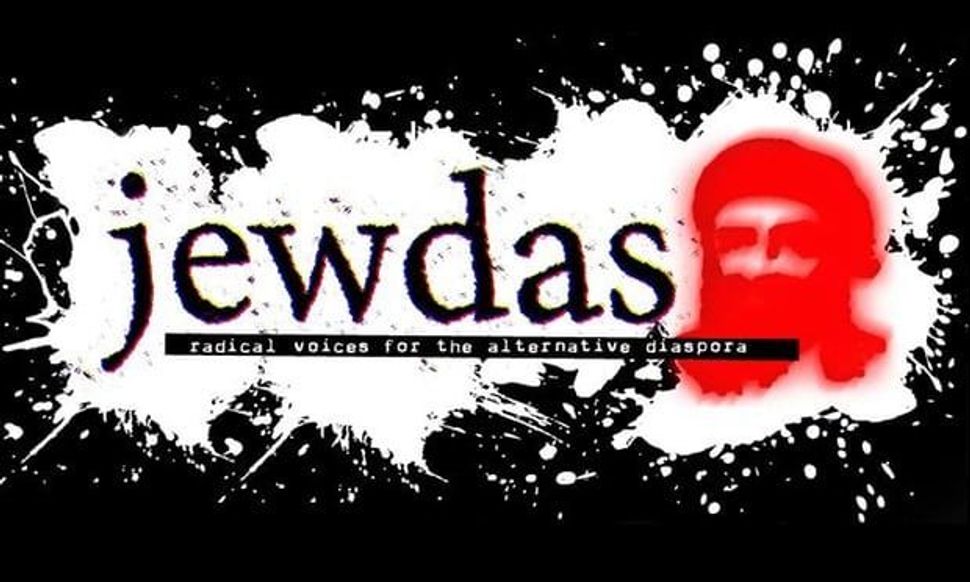 The logo of the radical British Jewish group Jewdas. Image by wikipedia

The radical Jewish group Jewdas has been thrust into the spotlight after it was revealed that British Labour Party leader Jeremy Corbyn, who has been harshly criticized by the organized Jewish community for what they see as his inadequate responses to anti-Semitism, attended their Passover Seder.

The group, which represents what they describe as “radical voices for the alternative diaspora,” has frequently been a thorn in the side of more established, pro-Israel Jewish organizations. Founded in 2004, Jewdas has harshly criticized the state of Israel and Britain’s Jewish establishment in a series of public events both satirical and meaningful.

“Everything about it is heretic,” the group describes itself on Facebook. “Nothing that the rabbis would allow.”

The group’s website claims that its name comes from “The book of Jewdas,” which had been written by Jewish radicals thousands of years ago and was found under rubble behind a London kebab shop.

Jewdas sponsors numerous community events, including education on how to criticize Israel without being anti-Semitic, and has been a part of many left-wing demonstrations against the right-wing British government’s policies on economic austerity and immigration curbs. It also hosts organized Jewish events, such as the Seder and a Yom Kippur “fascism-smashing” ball.

It has also harshly criticized both Israel and the broader community’s support for it, sometimes in ways that others found displeasing. Four members were arrested on anti-Semitism charges in 2006 for distributing flyers for a party in a historically-Jewish neighborhood called “Protocols of the Elders of Hackney.” They fooled the Jewish community in 2009 by sending out emails claiming that a scheduled rally organized by a leading Jewish organization had been called off. And they have been present at several anti-Israel events in recent years. A tweet from their account last year called the Jewish state a “steaming pile of sewage.”

The group has also sponsored an annual “Birthwrong” trip to Jewish historical sites in Europe – a take on the free Birthright Israel trips.

Corbyn’s presence at the Seder came after an unprecedented protest against anti-Semitism in the Labour Party. Critics, including some fellow Labour politicians, say that Corbyn has not done enough to fight anti-Semitism within the party. Corbyn’s supporters say that he is not anti-Semitic and that claims of anti-Semitism are being manipulated to score political points.

What Is Jewdas, The Radical Group That Hosted Jeremy Corbyn For Seder?