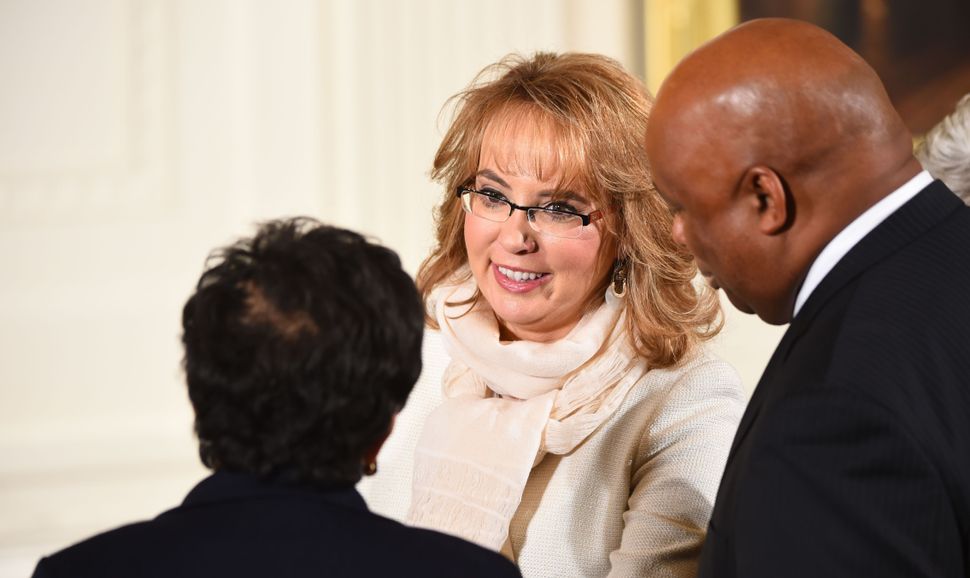 A pro-gun Republican congressman mocked wounded ex-Rep. Gabby Giffords by brandishing a loaded handgun at a meeting with constituents in his South Carolina district — and suggesting she could have done more to protect herself.

Rep. Ralph Norman reportedly pulled out the licensed .38-caliber weapon on a table and suggested that Giffords could have avoided being shot by a crazed stalker if she too had been armed.

“I’m not going to be a Gabby Giffords,” Norman told the Post and Courier of Charleston after the meeting in the town of Rock Hill.

“I’m tired of these liberals jumping on the guns themselves as if they are the cause of the problem,” he added. “Guns are not the problem.”

Giffords, who was nearly killed in the 2011 Tucson shooting attack and has since become an anti-gun violence advocate, quickly hit back through her husband, former astronaut Mark Kelly.

“Americans are increasingly faced with a stark choice: leaders like Gabby, who work hard together to find solutions to problems, or extremists like the [National Rifle Association] and Congressman Norman, who rely on intimidation tactics and perpetuating fear,” Kelly said.

The divide over gun control has become especially heated in the weeks since 17 students were killed by an ex-classmate at a high school in Parkland, Florida.

Survivors have demanded new laws restricting access to weapons, but gun-rights groups have pushed back hard.