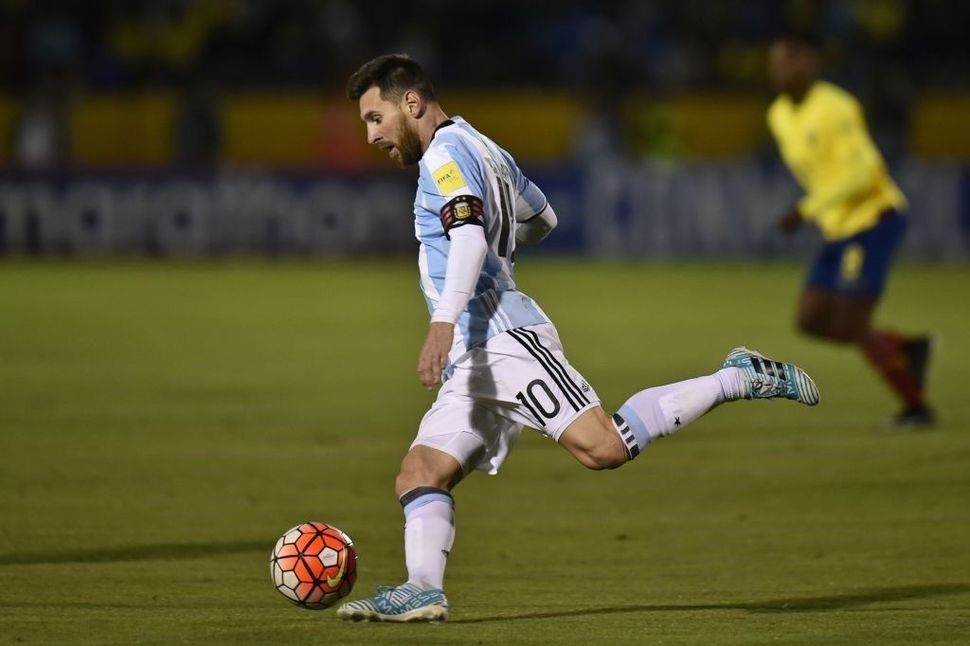 BUENOS AIRES, Argentina (JTA) — A boycott campaign is threatening the friendly soccer match between the national teams of Israel and Argentina.

The boycott campaign sponsored by BDS Argentina is using the motto “Argentina don’t go” to Israel, or #ArgentinaNoVayas. BDS stands for the boycott, divestment and sanctions movement against Israel.

Argentina’s national soccer team, featuring global soccer star Lionel Messi, is scheduled to play against Israel in its last friendly match on June 9 in Tel Aviv, just one week before the opening of the World Cup in Russia.

The campaign is getting international exposure, and has been picked up in Spain.

Playing against Israel and visiting the Western Wall has created success for soccer in Argentina. In 1986, the team played against Israel in the last friendly before that year’s World Cup. Argentina won 7-2 in Ramat Gan and then the team led by Diego Maradona won the World Cup in Mexico.

In 1990, again with Carlos Bilardo as a coach and Diego Maradona on the team, Israel played Argentina in the last friendly match of the season. Argentina won 2-1 before the World Cup in Italy that Argentina lost in the final against Germany.

“We need to learn from Argentina, we in Israel are doing everything well, except playing soccer,” Israeli President Reuven Rivlin said two months ago, when he revealed that he is a big fan of Maradona and Messi.