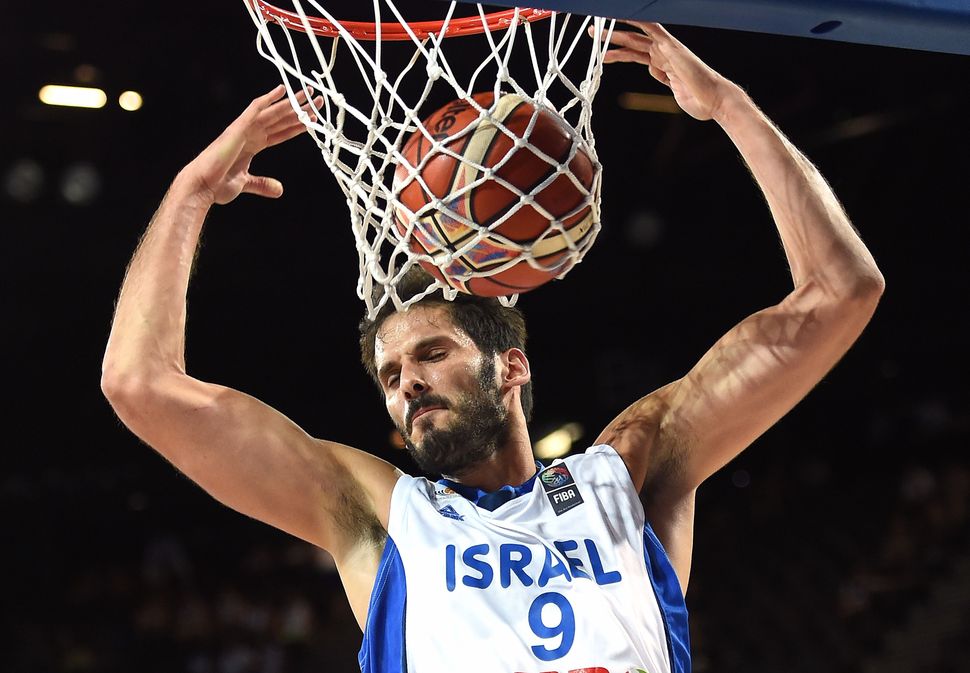 (JTA) — Omri Casspi, the first Israeli to play in the National Basketball Association, was waived by the Golden State Warriors.

Casspi, 29, signed a one-year contract with the NBA championship team in July. But he has not played in recent games due to an ankle injury.

He will not be able to sign with another team in time to play in the post-season, which begins later this month.

Casspi, who averaged 5.7 points and 3.8 rebounds in 53 games this season, was a first-round draft pick in 2009 by the Sacramento Kings. The 6-9 forward was a member of the championship Maccabi Tel Aviv team in Israel before making himself available for the NBA draft. He also has played for the Cleveland Cavaliers, Houston Rockets, New Orleans Pelicans and Minnesota Timberwolves.