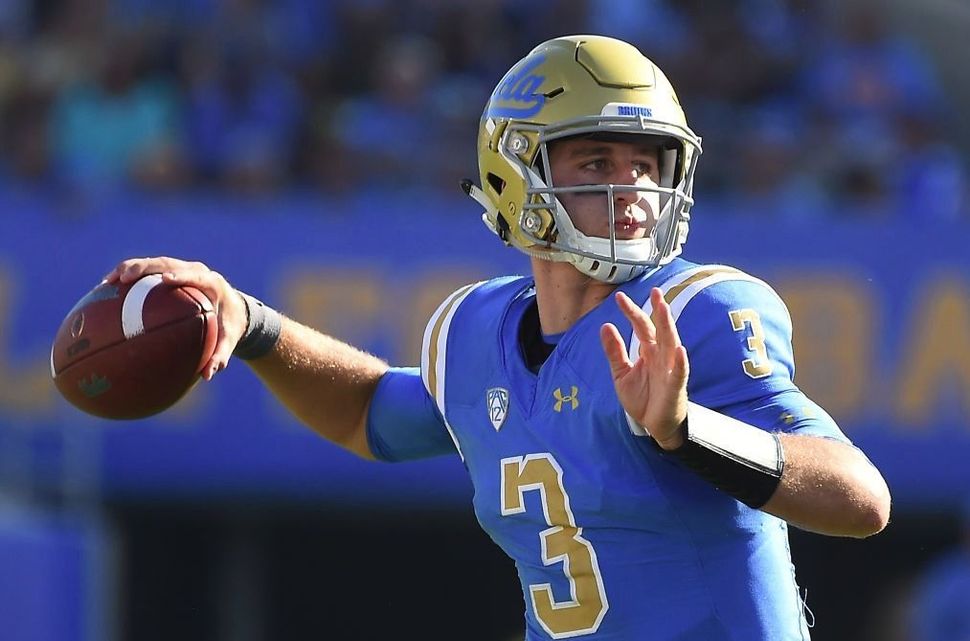 UCLA quarterback Josh Rosen sets to pass against the University of Hawaii at the Rose Bowl, September 9, 2017. Image by Getty Images

Rosen, a quarterback who attended UCLA, is expected to be one of the top picks in the upcoming NFL Draft. The Cleveland Browns have the first pick by virtue of being last year’s worst team. Rosen has had to deny frequent reports that he does not want to play in Cleveland.

After Rosen’s former college coach, Jim Mora, said that the Browns should take a different quarterback rather than Rosen with their pick, ESPN radio host Stephen A. Smith theorized that Mora “may have been doing it to dissuade the Cleveland Browns from picking him because Josh Rosen, according to my sources, would prefer to be in New York. He’s Jewish, there’s a stronger Jewish community, he’d rather be in the New York market than the Cleveland market, blah blah blah. We don’t know, but it’s some of the things that we’ve heard.”

The New York Giants and Jets have the second and third picks in the draft.

Hosts of ESPN L.A.’s morning show also theorized that New York would be a better fit for Rosen because of its large Jewish community, which would help his local popularity.

Rosen’s father is Jewish but his mother is a Quaker. Josh Rosen had a Bar Mitzvah but attended a Catholic high school, when he told a reporter that he was “kind of an atheist.”

The New York metro area has the largest Jewish community in the country, with over two million Jews, according to the Jewish Virtual Library. There are approximately 80,000 Jews in the Cleveland area.