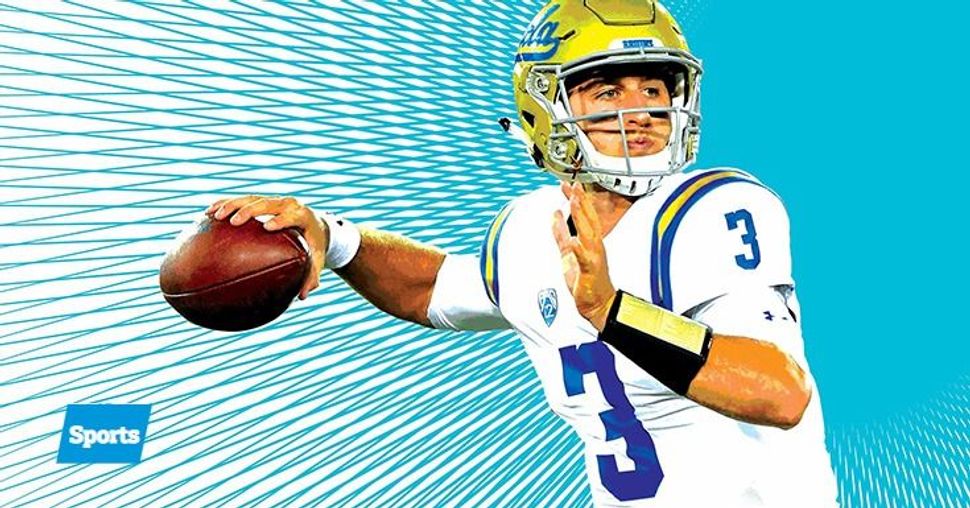 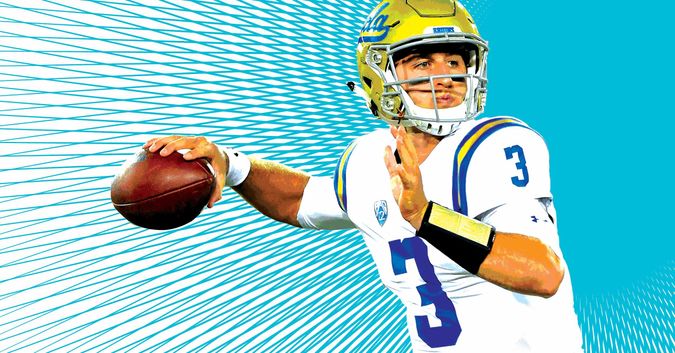 UCLA’s Jewish Football Superstar, Josh Rosen, Is Not Afraid To Speak His Mind

Josh Rosen is one of the most talented college football players in the country. But in addition to making a statement on the football field, Josh Rosen might be just as noteworthy for his outspokenness off the field.

The 6 foot 4 inch, 220-pound UCLA quarterback has the look of a future NFL superstar. But in a sport where coaches seem to want their players to be automatons, Rosen is refreshingly candid.

At age 20, Rosen has spoken out repeatedly against the NCAA’s amateur system. In this system, athletes’ compensation of a college scholarship is vastly outweighed by the hundreds of millions of dollars of revenue that their exploits bring to their university.

Josh has also criticized the workload schools give student athletes. In an interview with the Bleacher Report Rosen said – “Look, football and school don’t go together”.

(And to top it off, Josh posted a selfie on Instagram last year, wearing a “F—k Trump” hat.)

But the only way that Rosen could back that up is by being a great football player while on the gridiron.

Josh Rosen, the Jewish college football quarterback, was the Pac-12 Freshman Offensive Player of the Year in 2015. He then bounced back from an injury plagued sophomore season to become one of the nation’s leading quarterbacks, astonishing fans by throwing 491 yards to lead the Bruins to an epic 45–44 comeback victory against Texas A&M in September.

While some prospective NFL coaches have expressed concern about his brashness, Rosen has stuck to his guns. “I am not going to be fake,” Rosen told Bleacher Report. “I will not be a robot.”