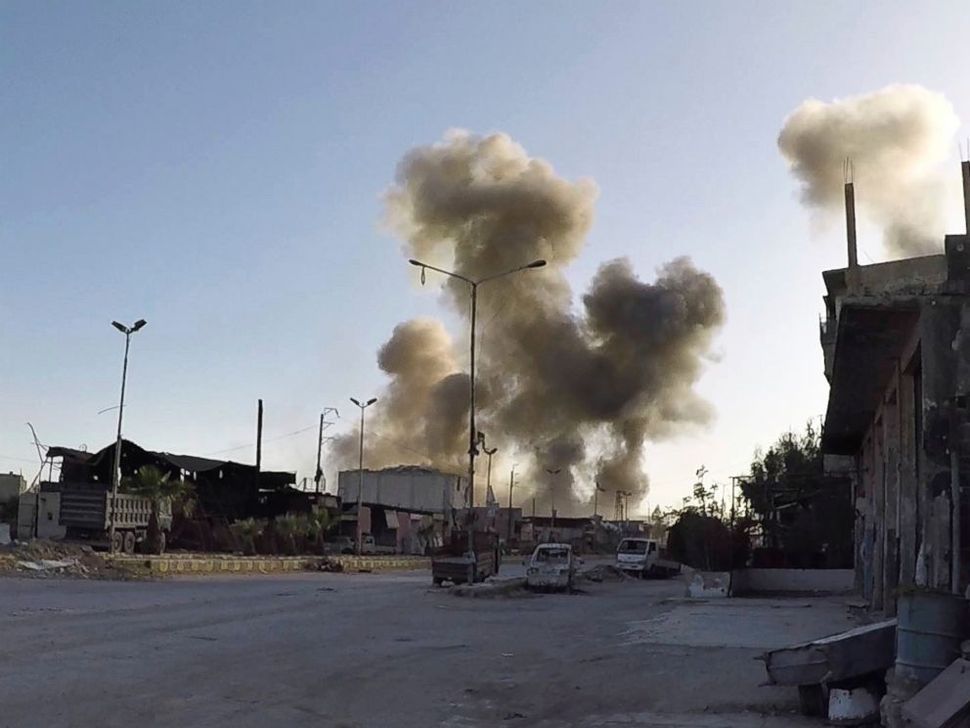 Fourteen people were killed in the early Monday morning attack, including Iranian nationals, according to reports.

Syria first blamed the United States for the attack and, after Russia accused Israel, Syrian state media quoting the military said that Israeli F-15 war planes had carried out the attack. The United States earlier had denied that it attacked Syria.

“The Israeli aggression on the T4 airport was carried out with F-15 planes that fired several missiles from above Lebanese land,” state news agency SANA said. The Tiyas, or T4, military air base reportedly has been in use most recently by Iranian-backed forces.

In February, the Israeli Air Force downed an Iranian drone that came from T4 in airspace over northern Israel, and followed the infiltration by attacking 12 targets in Syria, including three aerial defense batteries and four Iranian targets that are part of Iran’s military establishment in Syria.

The Israeli military reportedly struck Syrian military targets twice during December and once during January, but did not confirm the reports. Israel reportedly has carried out dozens of airstrikes on Syria’s army and their allies since 2011.

The attack on the airbase came less than two days after a chemical weapons attack in the rebel-held Syrian town of Douma, for which both the United States and France threatened to retaliate.