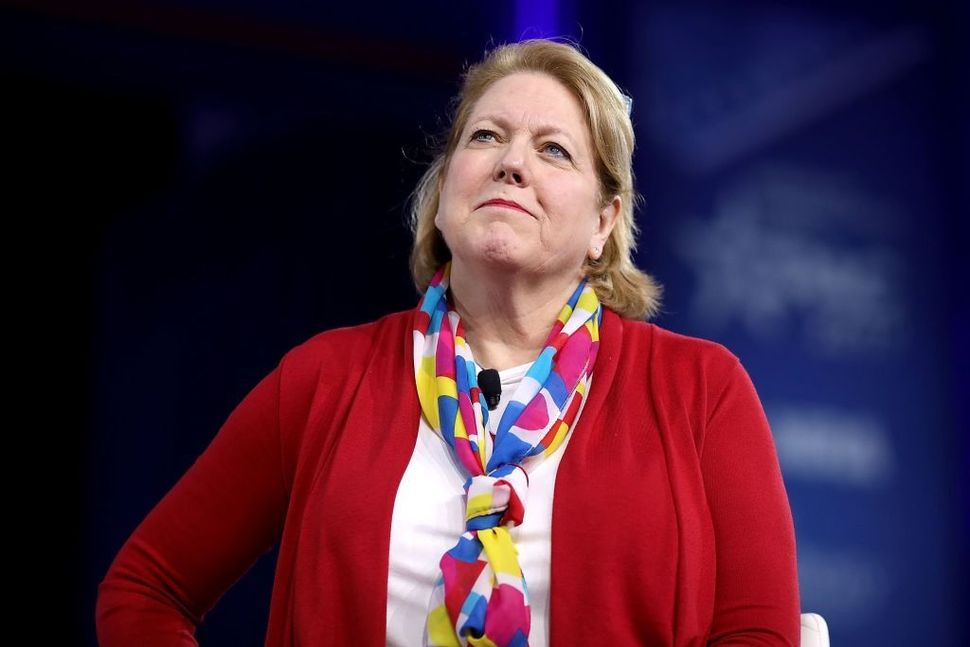 WASHINGTON (JTA) — The wife of Supreme Court Justice Clarence Thomas shared a Facebook post blaming the Holocaust in part on gun control and attacking survivors of the high school shooting in Parkland, Florida.

The post was one of several identified by The Hill on Monday as posted by Virginia Thomas and registering strong disagreement with gun control while criticizing the survivors of the Marjory Stoneman Douglas High shooting in February that killed 17 students and faculty members.

“To all the kids that walked out of school to protest guns,” said the post, which had previously been posted by an acquaintance of Virginia Thomas who had died recently and featuring a pile of shoes of Holocaust victims. “These are the shoes of Jews that gave up their firearms to Hitler. They were led into gas chambers, murdered and buried in mass graves. Pick up a history book and you’ll realize what happens when u give up freedoms and why we have them.”

Thomas, herself a prominent conservative activist, added, “This post from his page is amazing.”

The notion that Jews may have prevented the Holocaust had they been armed, popular in some pro-gun circles, has been debunked by historians, who have noted how outnumbered Jews were in countries in which they were slaughtered.

Other posts shared by Thomas accused Parkland survivors of being “stupid,” of being manipulated by adults, and of manipulating the deaths of their fellow students and teachers to advance their agenda.