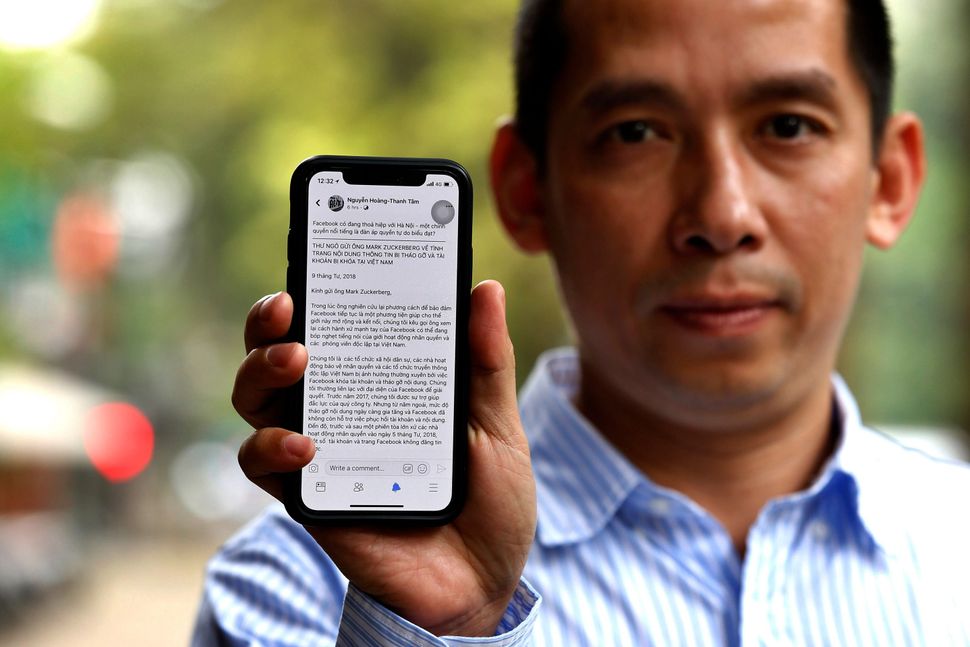 Numerous journalists and human rights activists are accusing Facebook of cooperating with the Vietnamese government to silence critics of the regime, Buzzfeed reported.

In an open letter to Mark Zuckerberg published Monday, over three dozen Vietnamese are saying that Facebook shut down the profiles or removed the posts of noted government critics. The letter comes ahead of Zuckerberg’s testimony before Congress Tuesday about Facebook’s mismanagement of user data.

“We’ve noticed a troubling increase in the number of activist Facebook pages taken down and content removed. We have evidence that government-sponsored trolls are behind the ‘abuse’ reports that led to the content takedown,” said Duy Hoang, an organizer. “Unfortunately, when activists contacted Facebook, they only received vague responses from the company.”

Facebook executives met with Vietnamese officials last April. The meeting came after the government had told local businesses to stop advertising on Facebook. After the meeting, Facebook said it was only held to discuss Facebook’s policies, but the government announced that it had set up a direct channel with the company for flagging “toxic” content.

“Yet when profiles of activists and citizen journalists are banned from posting or effectively suspended, we are given no explanation–other than the vague ‘violation of standards,’” the open letter reads. “We find this lack of transparency concerning and unhelpful.”

Facebook has also faced allegations that it is cooperating with the highly authoritarian government of Cambodia.