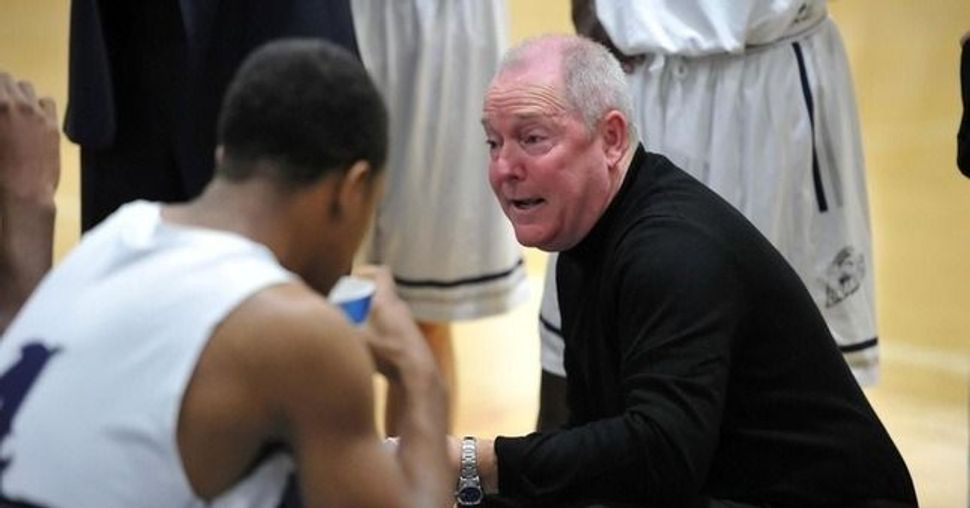 Now new reports say the complaints date back five years — and he also allegedly made anti-Semitic remarks to a student manager on the team, Deadspin reported.

The former student manager, Phil Keisman, told Deadspin that Meehan often referred to him as “Jew boy.” Keisman, who was student manager from 2004-07, said he wanted to reach about publicly discussing his experiences with Meehan after seeing news of the coach’s firing.

Keisman recalled Meehan commenting on his size and religion, and encouraging other staffers to join in on the fun. “As one of the team’s only Jews at a predominately Jewish school, he often referred to me as ‘Jew boy,’ and made comments about my ethnicity/faith and what it must be like to be among Jews at Brandeis frequently,” Keisman wrote to Deadspin.

“I have little doubt that Meehan believed that his bullying was an advanced motivation technique… But efficacy doesn’t make it okay. He built a culture of hierarchy, distrust, and nastiness that permeated his coaching staff,” Keisman continued in his letter to Deadspin, adding that he’s “sorry he never stood up.”

In another revelation, a former black student said he complained about racist treatment by Meehan. But the school appears to have done little about the accusations until recently.