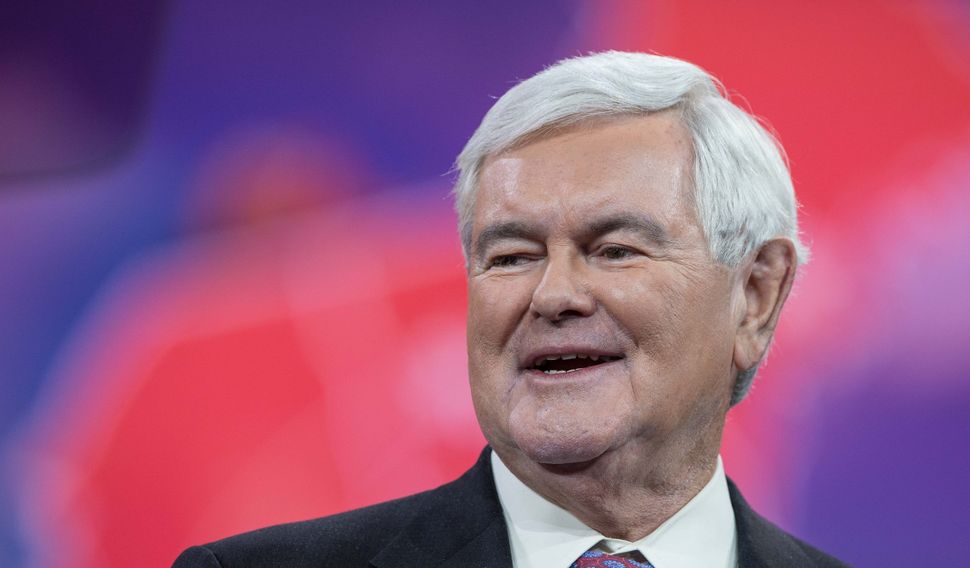 Former House Speaker Newt Gingrich said in an appearance on Fox News Channel that the F.B.I.’s raid of the offices of Trump lawyer Michael Cohen was akin to the Gestapo, the Nazi regime’s secret police.

“We’re supposed to have the rule of law, it ain’t the rule of law when they kick in your door at 3 o’clock in the morning and you’re faced with armed men and you had no reason to be told you’re going to have that kind of treatment,’ Gingrich said Wednesday on “Fox & Friends,” known to be one of President Trump’s favorite programs.

“That’s Stalin, that’s the Gestapo in Germany, that shouldn’t be the American F.B.I.,” Gingrich said.

“Rod Rosenstein has not done his job. He has not supervised Mueller,” Gingrich also said. “The whole thing is an absurdity.”