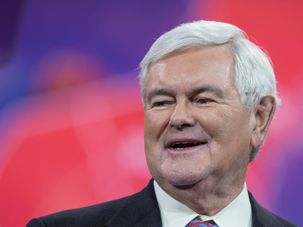 “That’s Stalin, that’s the Gestapo in Germany, that shouldn’t be the American F.B.I.,” Gingrich said about the raid executed by an approved warrant. 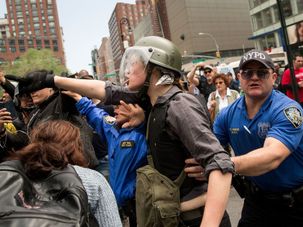 The disintegration of discourse has many causes, from political extremism to a feature of globalization that few consider — shipping containers. 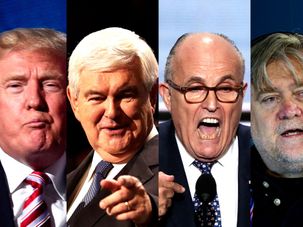 As Trump, Inc. veers toward the White House — with the expected accidents and skids — it’s worth pointing out the administration could have its own “third wife” club among its inner circle. 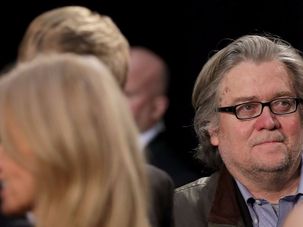 Don’t call him an anti-Semite, Newt Gingrich said. After all, he’s worked on Wall Street and in Hollywood.

The GOP has either decided or confirmed that sex-broadly-defined sells, and is more or less running on that strategy. 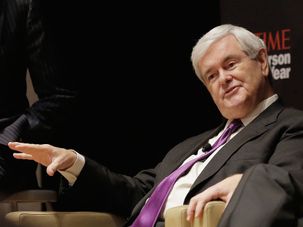 In recent appearances, both Newt Gingrich and Julian Assange have suggested there is a conspiracy surrounding the death of Seth Rich. 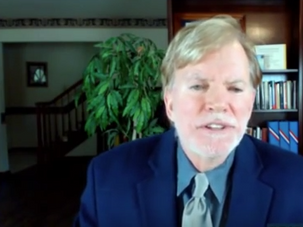 White supremacist leader David Duke blasted Newt Gingrich, saying he would be “a better pick” than the former Republican House speaker whom Donald Trump is considering as running mate.

(JTA) — Newt Gingrich defended Donald Trump’s use of an image resembling the Star of David in a tweet criticizing Hillary Clinton as corrupt. The former House speaker, who is one of the top candidates to be Trump’s vice presidential nominee on the Republican ticket, said in a phone interview with CNN Thursday that he… 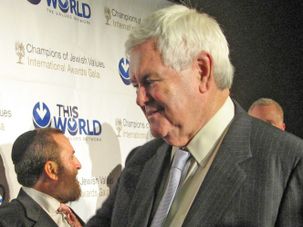 Newt Gingrich, one of seven honorees at the May 28 Third Annual “Champions of Jewish Values Awards Gala,” at the Marriott Marquis, launched his no holds barred address to the nearly 800 guests with: “I want to talk to you with a heavy heart.”