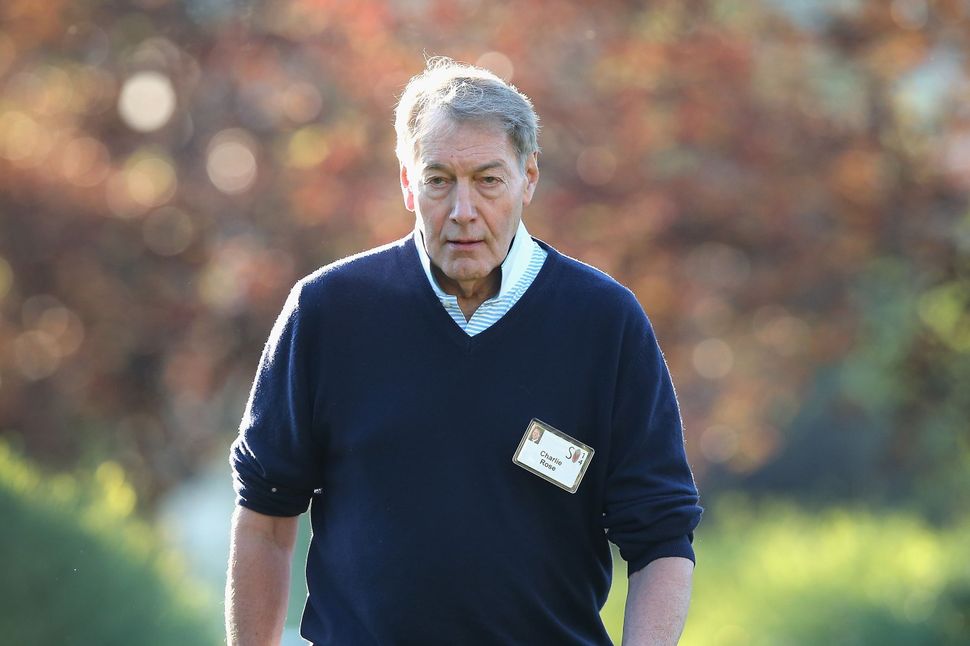 Charlie Rose in Sun Valley, Idaho, in 2014. Image by Getty

Charlie Rose, the disgraced talk show host, is living out a shameful “exile” after being revealed as a serial sexual harasser and groper, the Hollywood Reporter reported. Rose spends his time at his $6 million beachfront mansion on Long Island, playing tennis in his private tennis court, occasionally dining out alone at local restaurants.

“He’s a broken, powerful, old man surrounded by people who love him, but the truth is, he is desperately lonely,” one former colleague said.

In November, eight women accused Rose of sexual harassment. They told of groping, lurid phone calls and Rose walking naked in front of them. After the story came out, Rose was immediately fired by the three media outlets airing his programs.

It’s not clear if Rose is undergoing a personal reckoning about his behavior. Friends of Rose equivocated, with some saying they think he knows what he did and other saying he is trying to go about his life like nothing happened.

“I do believe that someone as brilliant as Charlie could have sought help and documented the process,” his former assistant, Kyle Godfrey-Ryan, told the Reporter. “He could have dived into research about the male ego and tried to get to the root of why this pattern of abuse is so common with positions of power. He could have used this moment to change the state of play in journalism.”