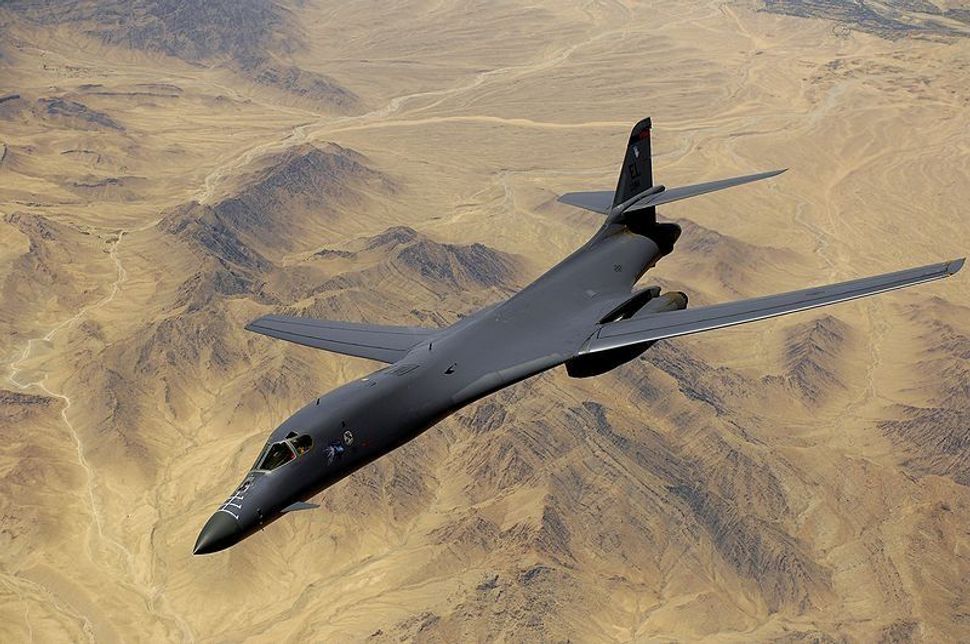 JERUSALEM (JTA) — Israeli Prime Minister Benjamin Netanyahu offered Israel’s “full support” for airstrikes on Syrian targets in retaliation for the Assad regime’s alleged use of chemical weapons against civilians in the rebel-held town of Douma.

“A year ago, I declared Israel’s full support for President Trump’s decision to take a stand against the use and spread of chemical weapons. President Trump’s resolve and Israel’s support remain unchanged. Early this morning, under American leadership, the United States, France and the United Kingdom demonstrated that their commitment is not limited to proclamations of principle,” Netanyahu said in a statement released on Saturday night after the end of the Jewish Sabbath.

“It should be clear to President Assad that his reckless efforts to acquire and use weapons of mass destruction, his wanton disregard for international law and his provision of a forward base for Iran and its proxies endanger Syria,” the statement also said.

Netanyahu on Saturday ordered his government ministers not to comment on the American-led strike in coalition with Britain and France. The directive came after Housing Minister Yoav Galant praised the attack. Several opposition party leaders also issued statements praising the retaliation for the use of chemical weapons.

Israel reportedly was informed ahead of the airstrikes.

Syrian President Bashar Assad has denied that his troops used chemical weapons and threatened to “crush terrorism” throughout his country.