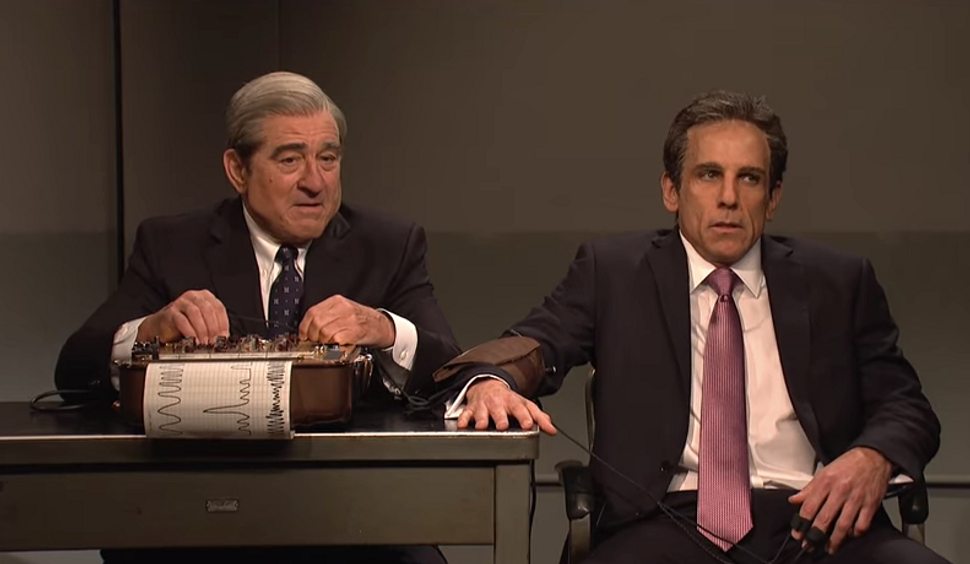 The first “appearance” on “Saturday Night Live” of Trump attorney Michael Cohen doubled as a “Meet the Parents” reunion.

In the sketch, former SNL cast member Ben Stiller plays Cohen, “attorney at law — and also sometimes not at law.”

Stiller and De Niro made multiple references to their 2000 film “Meet the Parents,” including taking a lie detector test and talking about milking cats.

When asked by “Mueller” if he had ever threatened people, “Cohen” responded, “Directly? No. But let’s just say I cut a lot of letters out of a lot of magazines.”

“Mueller” also said that his team’s code name for Ivanka Trump was “Girlfriend,” and their code for Jared Kushner was “Other Girlfriend.”

The real Cohen, who has been active on Twitter amidst all of his legal woes, does not yet appear to have commented on the SNL sketch.