Israeli Military Destroys Hamas Terror Tunnel That Was ‘Ready For Use’ 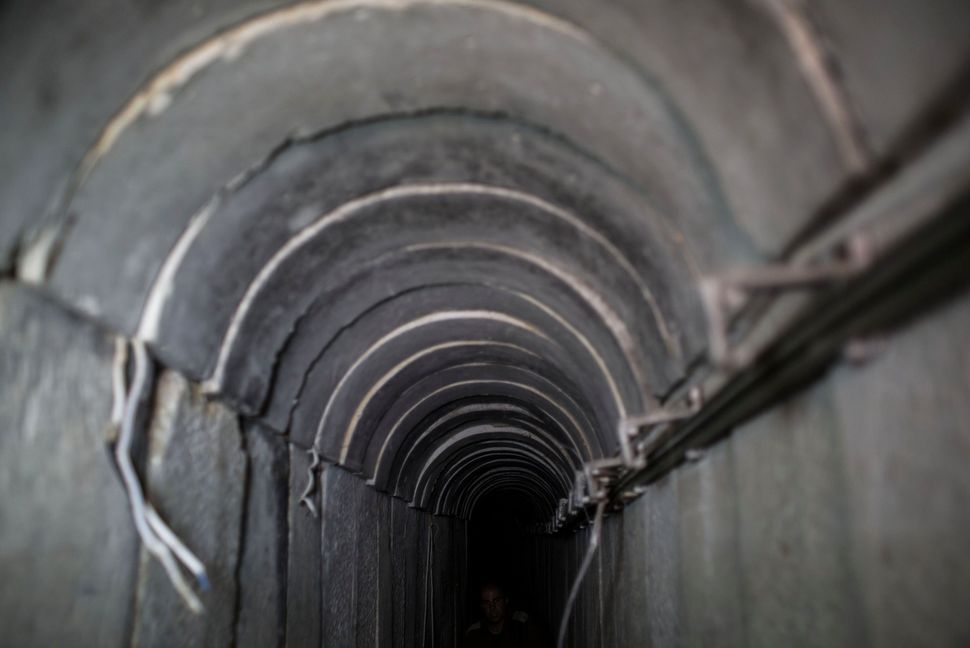 A tunnel built underground by Hamas militants leading from the Gaza Strip into southern Israel. Image by Getty

The tunnel, which was constructed by Hamas after the Gaza War in 2014, was “ready for use,” the IDF spokesman said. It was also connected to a network of tunnels under Gaza, according to the IDF. The opening of the tunnel on the Israel side stretched to Nahal Oz, a community in southern Israel.

According to the IDF, the route of the terror tunnel was identified by Israeli security forces during the early stages of construction and then monitored. IDF Spokesman Brig.-Gen. Ronen Manelis said in a statement that the demonstrations on the last three Fridays at the Gaza border fence, as well as violent incidents on the border prior to the demonstrations were meant to be a cover for the work on the tunnel near the border.

“The IDF will not allow Israeli civilians to be harmed or Israeli sovereignty to be breached and will continue operating with determination in the face of all forms of terrorism,” Manelis said in a statement. “The Hamas terror organization continues to invest significant resources into its futile terror activities instead of investing in the well-being of its own people,” he also said.

The military destroyed the tunnel by pumping materials into it that render it useless and do not allow for reconstruction, Haaretz reported.

It was described by the IDF as being “long and of high quality.” It stretched about 65 feet into Israel.

Israeli Military Destroys Hamas Terror Tunnel That Was ‘Ready For Use’