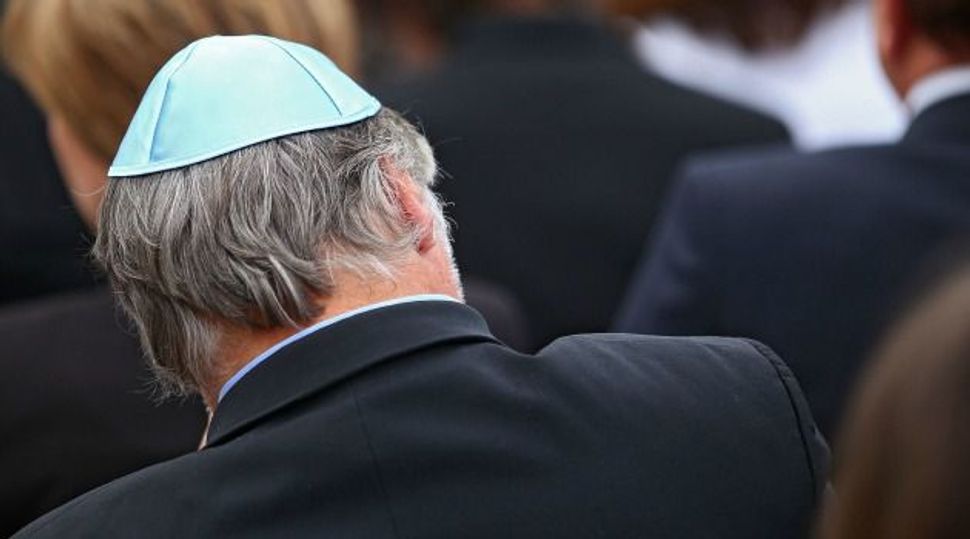 A Secular Push: The Charter of Quebec Values would ban religious symbols from the public sphere. Image by Getty Images

MONTREAL (JTA) — A separatist Quebec legislator backtracked after criticizing a fellow parliamentarian for wearing a kippah in the legislative chamber on Holocaust Remembrance Day.

During a raucous session, Opposition leader Jean-François Lisée of the Parti-Québécois criticized David Birnbaum, the only Jewish legislator of the governing Liberal Party, for wearing the skullcap.

Lisée said doing so may have violated a rule forbidding partisan symbols in Parliament. He was responding to Quebec premier Phillippe Couillard, who had criticized Lisée for wearing his own party’s lapel pin in the legislative hall.

Lisée said allowing the kippah while banning his pin constituted a “hierarchy between some convictions and others.”

An angry Birnbaum defended his actions. “I can wear that kippah anywhere,” he said.

“To suggest that a Jewish [parliamentarian] should be forced to hide his religious identity – on Yom Hashoah, no less – is grotesque and unacceptable,” B’nai Brith Canada CEO Michael Mostyn said.

On Thursday, Lisée posted a statement on Facebook conceding that Birnbaum did indeed have the right to wear the kippah, but said religious rights should not supersede others.