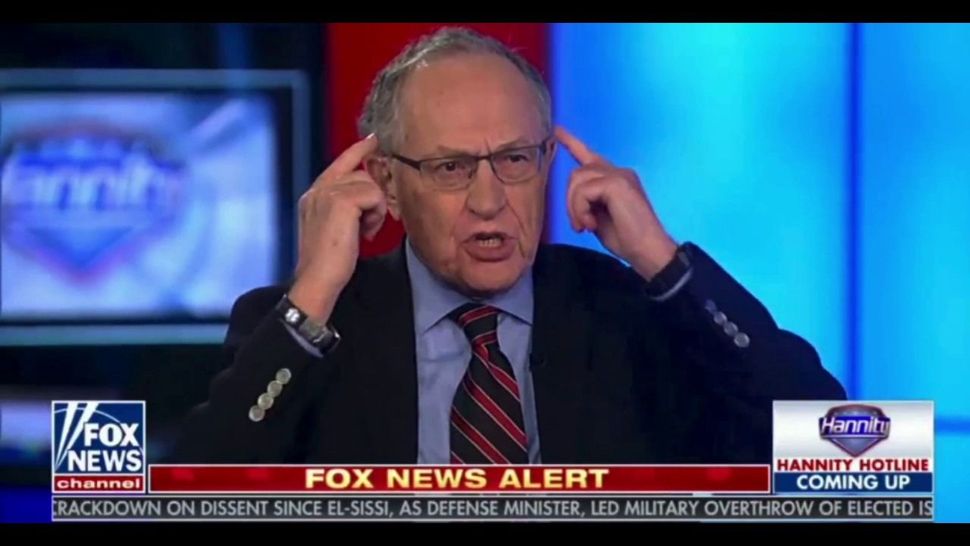 Alan Dershowitz confronted Sean Hannity on his Fox News show on Monday, saying the talk show host should have disclosed publicly that he had secretly been legally represented by President Trump’s personal lawyer Michael Cohen.

Cohen, who is under criminal investigation, was a frequent guest on Hannity’s radio and TV programs, but the host never disclosed their relationship.

Dershowitz, a lawyer and former Harvard professor, has been a defender of Trump, but in an unexpected turn of events, used his time on Hannity’s show to criticize one of Trump’s allies. Dershowitz was brought on to discuss former FBI Director James Comey’s Sunday night interview on ABC News, but began by telling Hannity, “I really think you should have disclosed your relationship with Cohen.”

Hannity responded that his relationship with Cohen “was minimal.”

“I understand that, and you should’ve said that,” Dershowitz responded.

News that Hannity was one of Cohen’s clients broke during Monday’s hearing related to last week’s FBI raids of Cohen’s home, office and hotel room.

Lawmakers on Monday called on Fox News to remove Hannity from the air due to the undisclosed relationship, saying Hannity covering the Cohen story represented a conflict of interest.