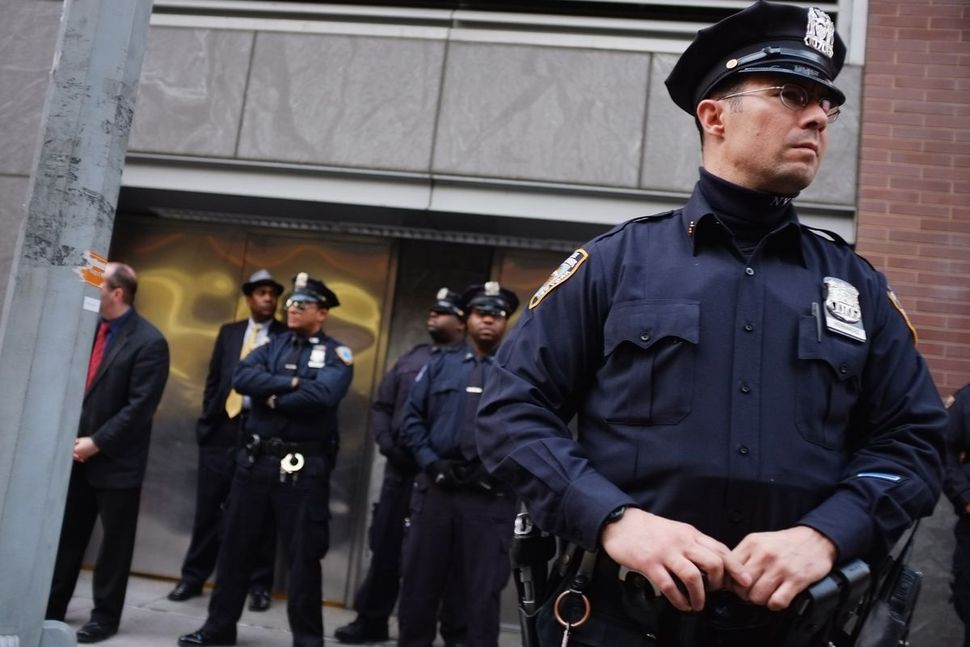 (JTA) — The City Council in Durham, North Carolina, has voted unanimously to bar the city’s police department from international exchanges in which the officers receive “military-style training” in a slap at such programs held with the Israeli army and police.

The resolution, which states that the council “opposes international exchanges with any country in which Durham officers receive military-style training,” was approved by the council in a 6-0 vote Monday night. It is the first city in the United States to officially ban such training, according to Jewish Voice for Peace, which actively worked to pass the resolution.

Born out of a petition created last fall by Jewish Voice for Peace, a group that supports the Boycott, Divestment and Sanctions movement targeting Israel, the resolution brought together several partners under the banner of Demilitarize! From Durham2Palestine.

According to the petition, “The Israeli Defense Forces and the Israel Police have a long history of violence and harm against Palestinian people and Jews of Color.”

It called on the city to “immediately halt any partnerships that the Durham Police Department has or might enter into with the Israeli Defense Forces and/or the Israel Police.”

According to the City Council resolution, Police Chief C.J. Davis said in a memo to City Manager Tom Bonfield that “there has been no effort while I have served as Chief of Police to initiate or participate in any exchange to Israel.”

People on both sides of the resolution spoke before the vote, according to the local television station WRAL. Some speakers criticized the resolution as anti-Semitic. Others questioned why such a resolution was necessary, since no such exchanges were planned.

Former Police Chief Jose Lopez spent a week in Israel undergoing training during his tenure. He told the council that none of the training involved “militarization.”