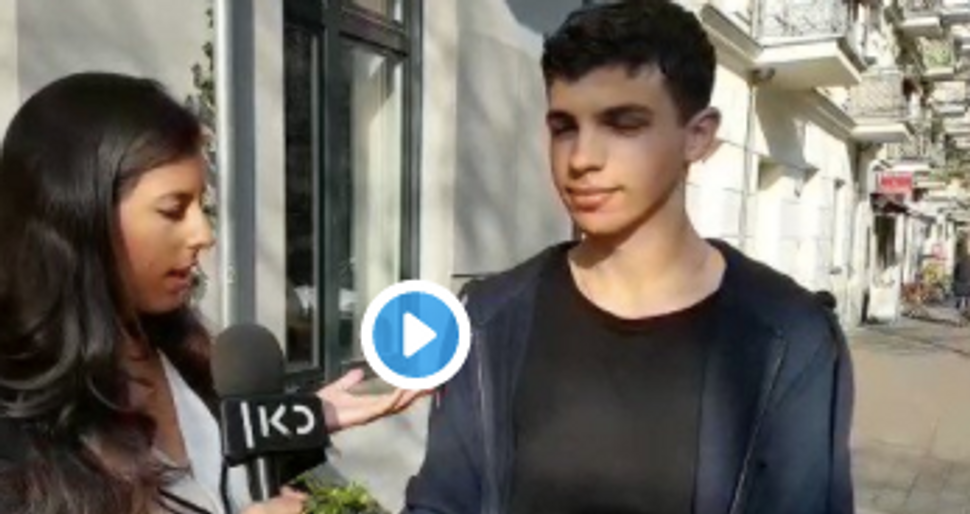 The 21-year-old victim of an anti-Semitic attack on the streets of Berlin has told German media that, despite the fact that he was wearing a traditional Jewish skullcap, he was not Jewish, but an Israeli Arab wearing the kippa as an experiment.

“I’m not Jewish, I’m an Israeli, I grew up in Israel in an Arab family,” the man told German broadcaster Deutsche Welle.

He was conducting what he termed an “experiment” in response to a warning from a friend that wearing a kippa in Germany was unsafe, saying he refused to believe this.

An interview by Israeli broadcaster Kann identified the 21-year-old as Israeli Adam Armoush and showed that he was slightly injured by the belt.

“They kept cursing us and my friend asked them to stop cursing,” Armoush told Kan TV. “They started to get angry and one of them ran to me and I knew it was important to film it because there would be no way to catch him by the time police arrived.”

“Honestly, I’m surprised a thing like this could happen,” he said in the interview.