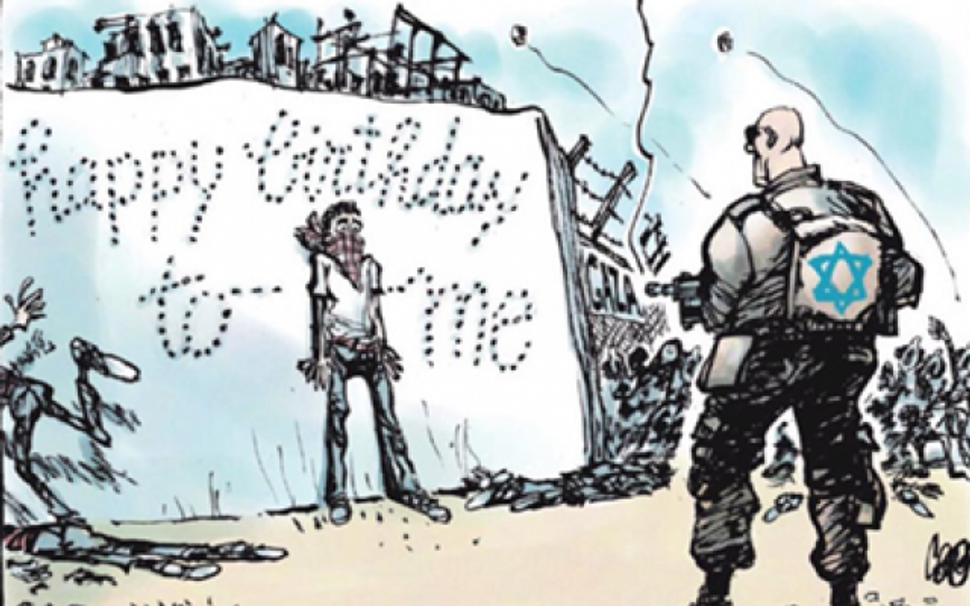 A cartoon in a Dutch newspaper that depicts an Israeli soldier shooting a Palestinian youth was condemned by the Simon Wiesenthal Center as anti-Semitic.

The Jewish human rights organization announced on Monday that the cartoon printed in Volkskrant depicted Israel “as a murderous bully celebrating its 70th birthday by gunning down defenseless Palestinians at the Gaza border.”

“Instead of condemning Hamas for its pernicious and cynical abuse of civilians, the cartoon demonizes the Jewish state and her soldiers as blood-thirsty murderers celebrating Israel’s 70th birthday,” Rabbi Abraham Cooper, the Simon Wiesenthal Center Associate Dean and Director of Global Social Action, stated in a press release.

Rabbi Cooper added that the cartoon would only encourage terrorism and further validate anti-Semitism in Holland and the rest of the world.