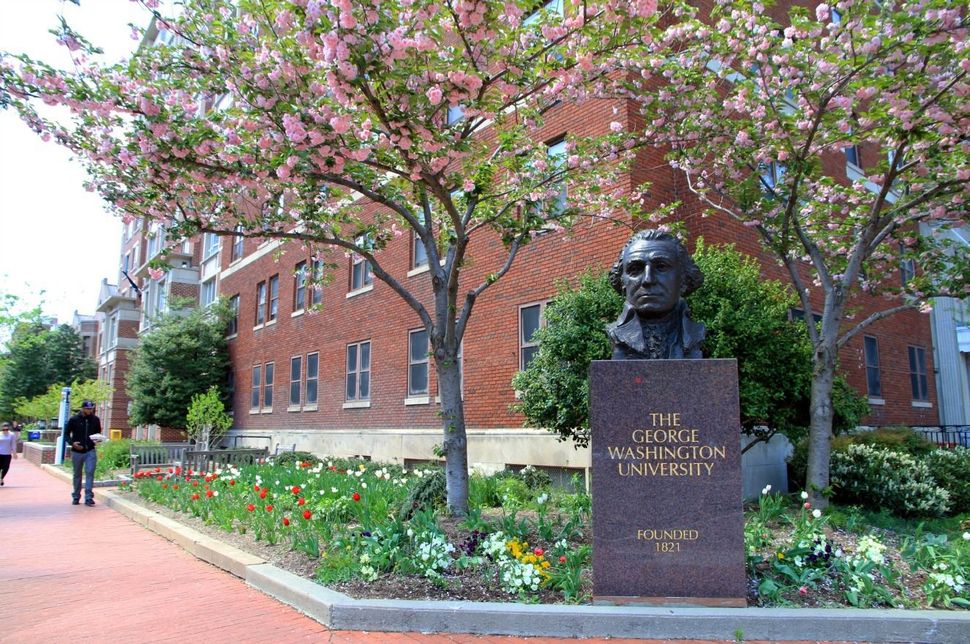 The student government at George Washington University voted Monday night to divest from companies that do business in Israel, the GW Hatchet reported.

The legislation, which reportedly passed after more than three hours of student debates, was rejected by the senate last year.

The resolution demanded that the school drop its ties with nine companies that sell services to the Israeli government, allegedly contributing to Palestinian oppression.

“We simply cannot turn a blind eye toward human rights abuses in favor of our University’s obsession with profit,” Eden Vitoff, a sponsor of the resolution, told the Hatchet, GW’s student newspaper.

More than 80 students on both sides of the issue reportedly delivered emotional remarks about the impact the resolution would have on their lives.

“We are disappointed with the outcome of the [Student Association]’s decision in passing this bill. The SA showed tonight its inability to condemn antisemitism and proves they don’t have the proper means and knowledge to discuss this topic in the first place,” Tali Edid, president of GW for Israel, told the Jerusalem Post.

Prior to the vote, the resolution was amended to include a line recognizing Israel as a state.