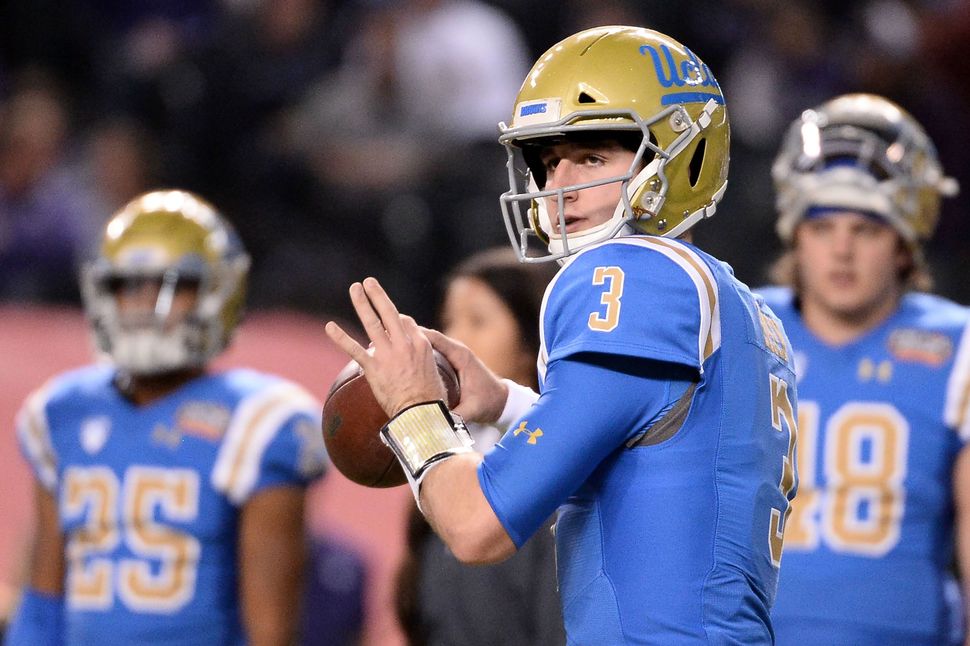 (JTA) — Josh Rosen, the UCLA quarterback who was drafted by the Arizona Cardinals with the 10th pick in the NFL draft, told the league’s online magazine that a lot of the trash talk directed at him on the field is anti-Semitic.

“I get a lot of Jewish things,” he told NFL.com reporter Michael Silver. “My nose, particularly. I get, like, ‘Stay the f—- down, you Jewish bastard … I’m gonna break your f—-in’ nose, you Jew.’”

Rosen also recalled a game at the University of Arizona during his freshman year where fans held up signs including his face on the queen from “Frozen,” and one that said “Josh Rosen’s Bar Mitzvah Wasn’t Even Lit.’”

But, Rosen told Silver, he likes it “when people try to get in my head,” adding “It gets my competitive juices flowing.”

A 2014 profile noted that Rosen became a bar mitzvah and attends seder every Passover, but he also celebrates Christmas and he called himself “kind of an atheist.”

His religion has been a topic of conversation in recent weeks, with two ESPN radio shows suggesting that Rosen would prefer playing in New York rather than Cleveland because of its larger Jewish community. Cleveland has the first pick in the draft that begins Thursday and is in need of a quarterback, though some have suggested that Rosen will go later in the first round.

The quarterback’s father is Charles Rosen, a noted Jewish orthopedic surgeon. His mother, Liz Lippincott, is Quaker and is the great-great-granddaughter of Joseph Wharton, who founded the prestigious Wharton business school at the University of Pennsylvania.