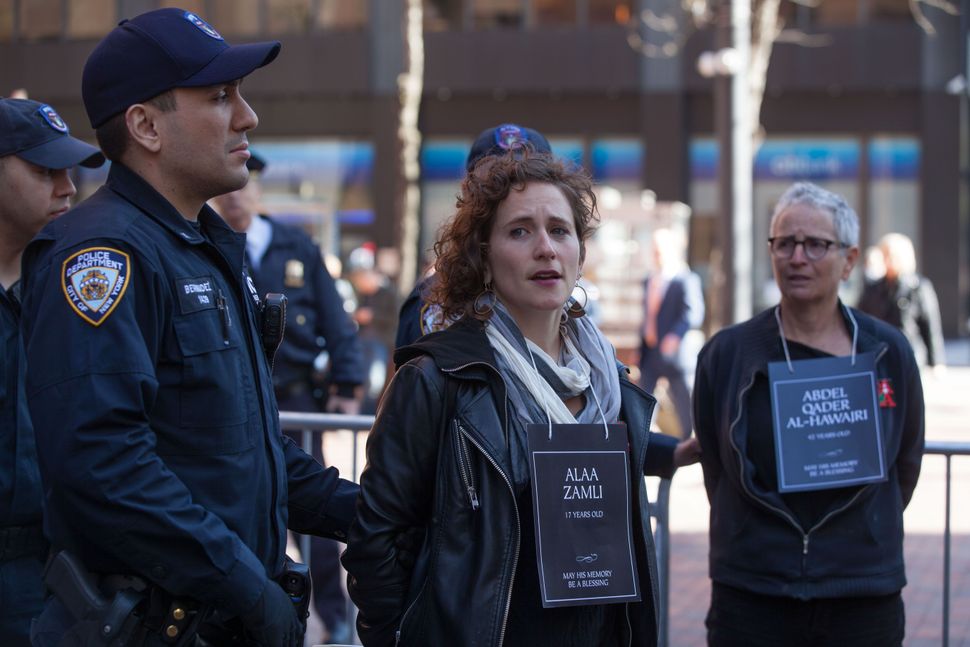 Some 14 protesters were arrested on Thursday after holding a Jewish mourning ceremony outside the New York office of Senate Minority Leader Chuck Schumer in protest of deaths in Gaza.

Forty-one Jewish New Yorkers affiliated with the left-wing group Jewish Voice for Peace held a shiva ceremony to commemorate the deaths of 41 Palestinians who have been killed this month by Israeli security forces during protests and clashes in Gaza.

The event was intended to spotlight Schumer’s lack of response to the killings, organizers said.

“Senator Schumer has, time and again, proven himself a hawkish supporter of the Israeli government and its gross human rights violations against Palestinians,” a member of JVP, MJ Edery, said in a statement. “As Senator Schumer’s constituents and as American Jews, we are fed up. We need leaders who will take a stand for human rights and justice, not politicians who tacitly condone military attacks against peaceful protesters through their silence.”

Each protester work black, torn clothing and placed a stone in front of Schumer’s office, both marks of Jewish mourning.

Protester Leo Grossman told the New York Daily News that police swooped in as soon as the ceremony began.

“That was a little rude,” he said. “We just wanted to make sure Sen. Schumer condemns the killings.”