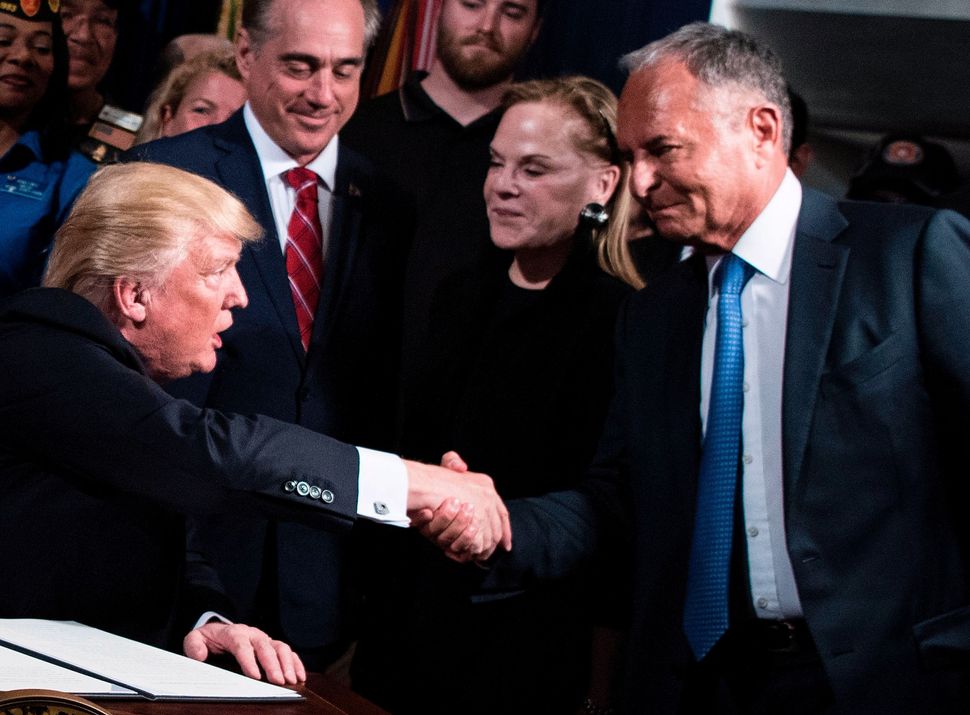 Dr. Bruce Moskowitz is a Florida internist. Ike Perlmutter is an Israeli-American businessman and the chairman of Marvel Entertainment. Both have been involved in recent calls with contractors tasked with implementing the VA’s 10-year project. But Moskowitz has reportedly tried to block the use of a particular software suite because he finds it difficult to use.

Moskowitz and Perlmutter’s involvement reportedly infuriated David Shulkin, the former secretary of the VA who Trump fired in late March.

“Shulkin would say, “Who the hell is this person who practices medicine in Florida and has never run a health care system?” according to one unnamed source.

Moskowitz opposition to the software, made by Cerner Corp., has run counter to what Donald Trump’s inner circle wants. Jared Kushner was reportedly a part of Shulkin’s decision to give Cerner a no-bid contract in 2017 for the VA project.

Moskowitz is an internist in the Miami Beach area with “a great Rolodex,” according to one VA official. He reportedly brokered a meeting between Trump and top administrators from Johns Hopkins, the Mayo Clinic and the Cleveland Clinic in December 2016. He also sits on influential boards with wealthy businessmen. Perlmutter, who served in the Six Day War, has been advising Trump on veterans’ issues since before the election.