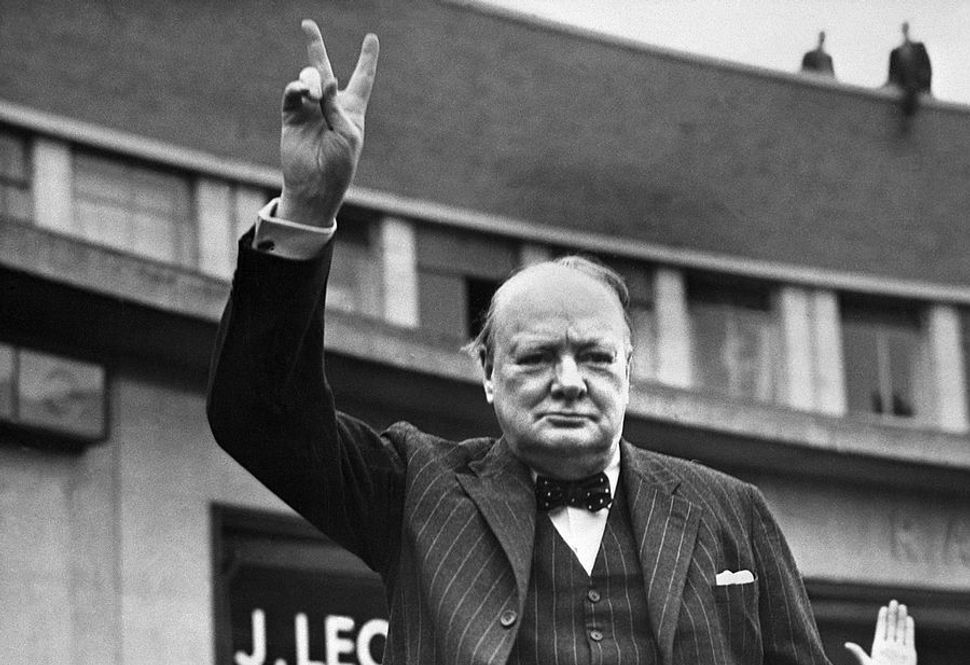 Watching the Prime Minister of Israel @netanyahu is like watching the Winston Churchill of our time.

Netanyahu sought to step up pressure on the United States to pull out of a 2015 nuclear deal with Iran, holding a primetime address on Israeli TV to trash the Islamic republic.

Others were not so impressed, calling Bibi’s oratory a far cry from Churchill’s famed speech in which he praised the British military in the midst of the Nazi blitz: “Never in the field of human conflict was so much owed by so many to so few.”

Iran’s foreign minister trashed Netanyahu as “the boy that cried wolf,” an apparent reference to Netanyahu’s much-ridiculed speech at the UN in which he brandished a cartoon of a time bomb designed to illustrate Iran’s thirst for nukes.

Analysts pointed out that there was no smoking gun in Netanyahu’s speech and nothing he presented knocked down the consensus that Tehran has abided by the 2015 agreement.

J Street said the fact that Iran may have wanted to obtain a nuclear weapon is a prime argument for maintaining the agreement.

“Netanyahu today unintentionally made an excellent case for why it is so vital to maintain the Iran nuclear agreement,” said Dylan Williams, an official with the dovish pro-Israel group.