Pompeo: U.S. Knew About Israel’s Stolen Iranian Nuclear Files For ‘A While’ 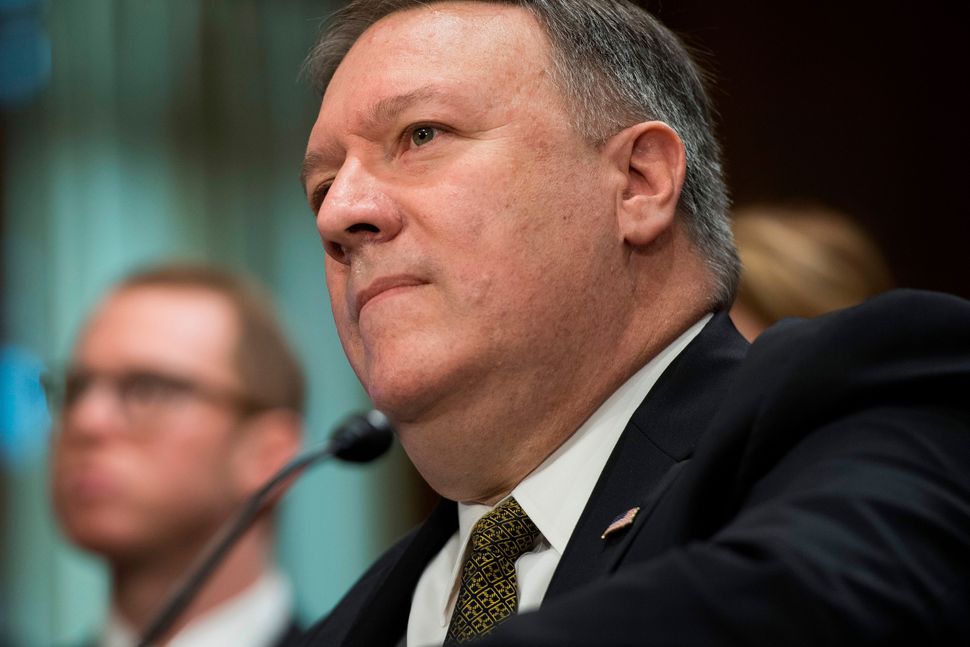 (JTA) — U.S. Secretary of State Mike Pompeo acknowledged that the United States had known about Israel’s cache of stolen documents about Iran’s nuclear program “for a while.”

Pompeo told reporters on the airplane traveling from Jordan to Andrews Air Force Base in Washington that he had been aware of the existence of the documents, and that he and Israeli Prime Minister Benjamin Netanyahu had discussed them when they met in Tel Aviv on Sunday.

Pompeo said that the files “spell out the scope and scale of the program that they undertook there, and I think makes – I think makes very clear that, at the very least, the Iranians have continued to lie to their own people. So while you say everyone knew, the Iranians have consistently taken the position that they’ve never had a program like this.”

He added that the administration would “leave that to lawyers,” when asked if there was there anything in there that suggests there’s an actual violation of the 2016 agreement.

Pompeo noted that he has “had lots of conversations with the Europeans. We know what it is they’re hoping to achieve. We share the same end goal to keep the Iranians from ever having a nuclear weapon.”

Meanwhile, U.S. Sen. Bob Corker, R-Tenn., told Bloomberg that the announcement of Iran’s continued pursuit of a nuclear weapon was “not groundbreaking.”

“We knew of the possible military dimensions of their program up until 2003. The Obama administration, when they were negotiating the JCPOA, chose not to pursue that issue,” said Corker, the outgoing chairman of the Senate Foreign Relations Committee.

Pompeo: U.S. Knew About Israel’s Stolen Iranian Nuclear Files For ‘A While’