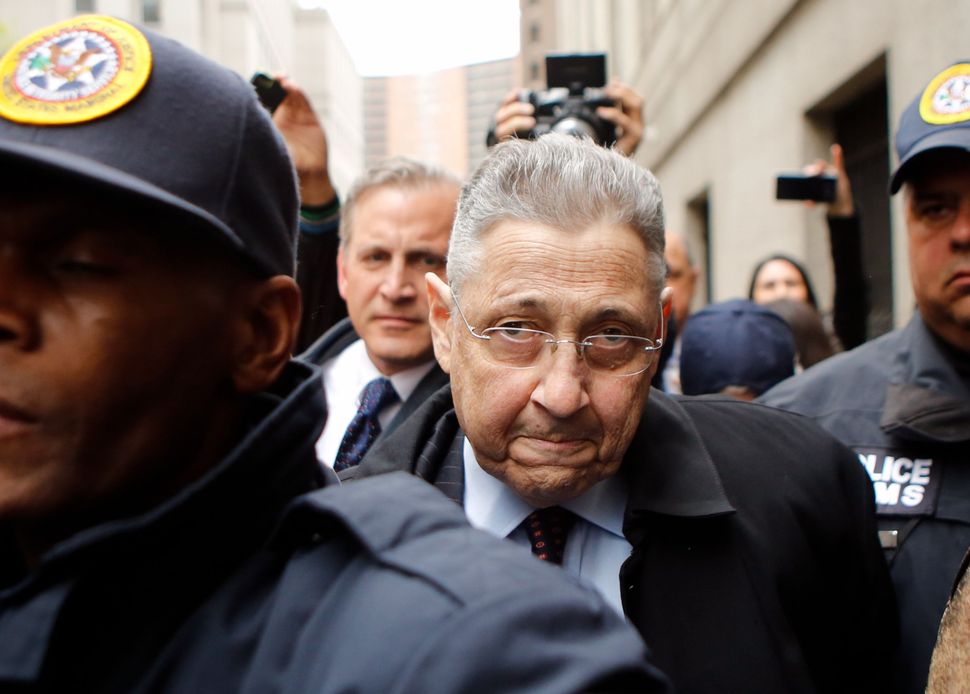 Sheldon Silver exiting a federal courthouse in Manhattan in May 2016. Image by Eduardo Munoz Alvarez/Getty Images

A friend of Sheldon Silver said in court Tuesday that he warned the former Assembly speaker about being raided by the FBI in 2014 using a Hebrew codeword, the New York Post reported.

Dr. Robert Taub — a key government witness in a corruption retrial of Silver that began Monday — said he called Silver to tell him that the FBI had raided Taub’s home. He told the federal jury in Manhattan that he had used the phrase “bikur cholim” — a visit to a sick person.

“I mentioned it to let him know that I had been rendered ill … rendered sick by a visitation,” Taub said. “He [Silver] asked whether I had told them anything. I said I didn’t think so.”

The two have not spoken since — Silver was arrested shortly after and tried for bribery. His conviction was overturned on appeal, but now federal prosecutors are retrying him for selling access to his office for over $4 million dollars in gifts and kickbacks.

About $3 million of that came from Silver’s connection to Taub. Taub, an oncologist at Columbia University, would refer mesothelioma patients to Silver’s law firm. Taub would get a cut of the money won in lawsuits brought by the patients.

“I will keep giving cases to Shelly [Silver] because I may need him in the future — he is the most powerful man in New York state,” Taub wrote in an email in 2010.