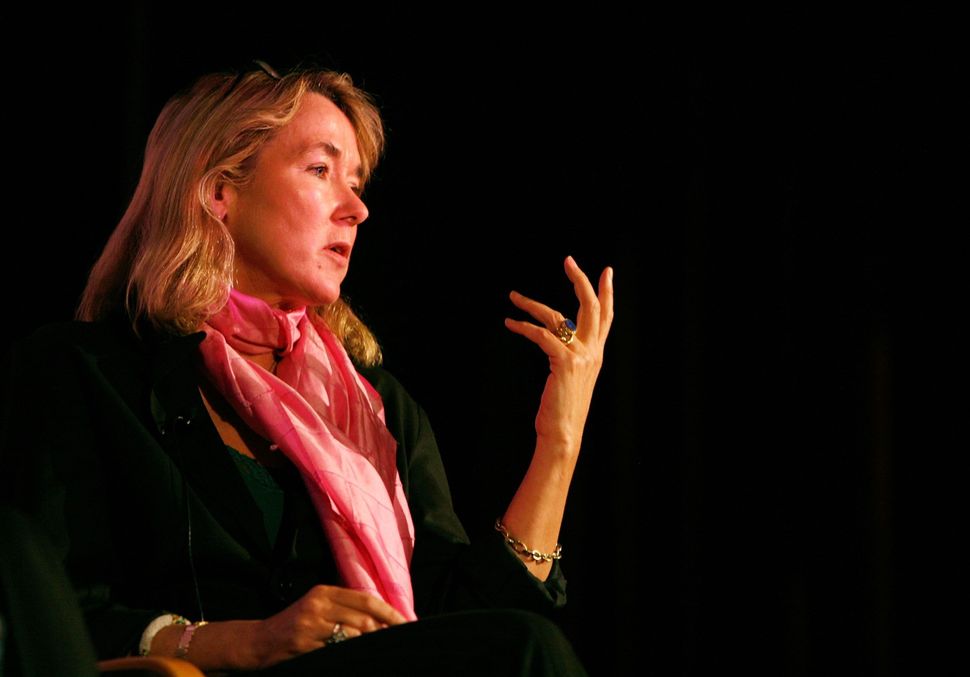 Journalist, documentarian and congressional candidate Leslie Cockburn has been accused of anti-Semitism over her criticism of Israel. Image by Amy Sussman/Getty Images for Tribeca Film Festival

(JTA) — The Republican Party of Virginia accused the Democratic nominee for a congressional race of being a “virulent anti-Semite.”

Leslie Cockburn received the Democratic nomination for the 5th Congressional District race on Saturday afternoon, during the Democrat’s convention in Farmville, Virginia. She beat out three other candidates and will face incumbent Republican Rep. Tom Garrett in November.

Hours after Cockburn secured the nomination, Virginia’s Republican Party issued a statement saying that former journalist-turned-politician has “a long history of anti-Semitic rhetoric which can be documented over at least the past 25 years.”

The statement noted the book that she authored with her husband, Andrew, titled “Dangerous Liaison: The Inside Story of the U.S.-Israeli Covert Relationship.”  According to the statement, “Cockburn’s book advocated for the inherently anti-Semitic belief that Israel controls America’s foreign policy.”

The statement cited a New York Times review of the book which read that “their book, supposedly a history of the secret ties between Israel and the United States, is largely dedicated to Israel-bashing for its own sake. Its first message is that, win or lose, smart or dumb, right or wrong, suave or boorish, Israelis are a menace. The second is that the Israeli-American connection is somewhere behind just about everything that ails us.”

The statement quoted Jay Ipson, a Holocaust survivor and co-founder of the Virginia Holocaust Museum in Richmond, as saying: “I don’t know to which hate group she was trying to cater with her book, but her claims are wildly inaccurate.”

He added: “Cockburn and the Democrats want to take away Israel’s ability to defend itself,” though the statement did not say on what he based that remark.

The head of the Virginia Republican Party, executive director John Findlay, said in the statement that: “In the wake of the tragedy that was Charlottesville, it is unconscionable that the Democrats would nominate an anti-Semite like Cockburn to represent that town and that district in Congress. The Republican Party of Virginia calls on the Democratic Party and Senator Tim Kaine to swiftly and unequivocally withdraw their support for Leslie Cockburn.”