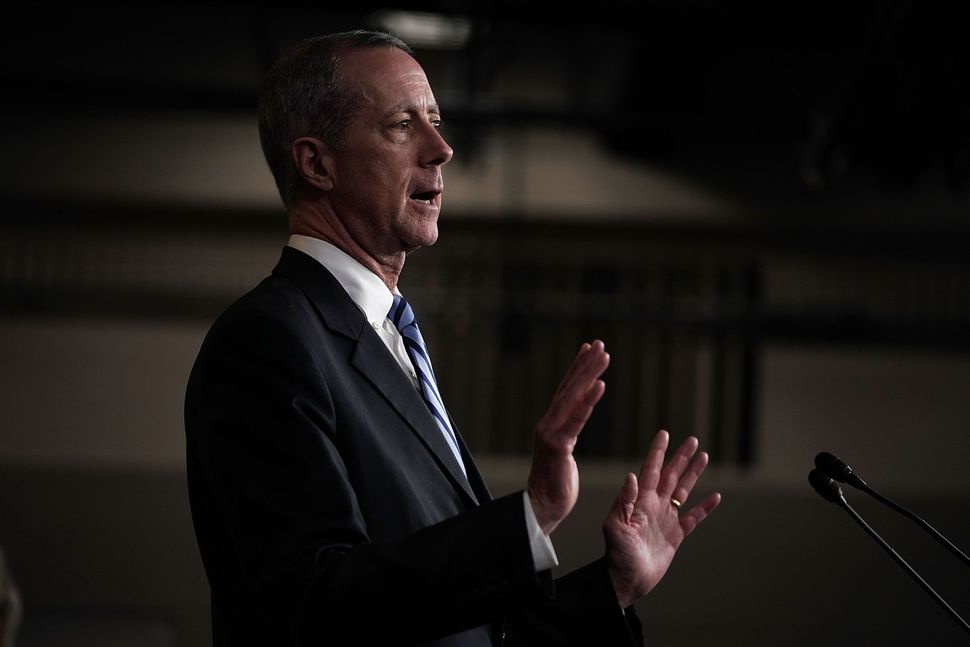 WASHINGTON (Reuters) – The Republican leader of the House Armed Services Committee said President Trump should not walk away from the Iran nuclear deal.

President Trump is facing a May 12 deadline on whether to re-impose sanctions against Iran. Texas Congressman Mac Thornberry said on Fox News Sunday it would be a mistake for Trump to scuttle the nuclear accord reached with Tehran. “I would counsel against it,” he said.

As Chairman of the House Armed Services Committee, Thornberry is considered a key Republican voice on national security issues. Thornberry said that while he was opposed to the deal when it was signed by the Obama Administration in 2015, exiting the agreement now would erode Washington’s leverage against Tehran.

“I thought it was a bad deal,” he said. “But the key question is, ok, what happens next if the U.S. pulls out? Does Iran kick out those inspectors so we lose the visibility we have?”

Trump has signaled he may tear up the 2015 deal and re-impose sanctions later this month. Trump Administration officials have said the nuclear accord fails to address Iran’s ballistic missile program and will allow Tehran to rebuild its nuclear program after some of its provisions expire.

Thornberry said that Trump should work with European allies to address these shortcomings in the accord. But scuttling the deal, he said, would take pressure off Iran by dividing Washington from its allies.

“The Europeans are not going to re-impose sanctions so where does that leave us and Iran?” he said.