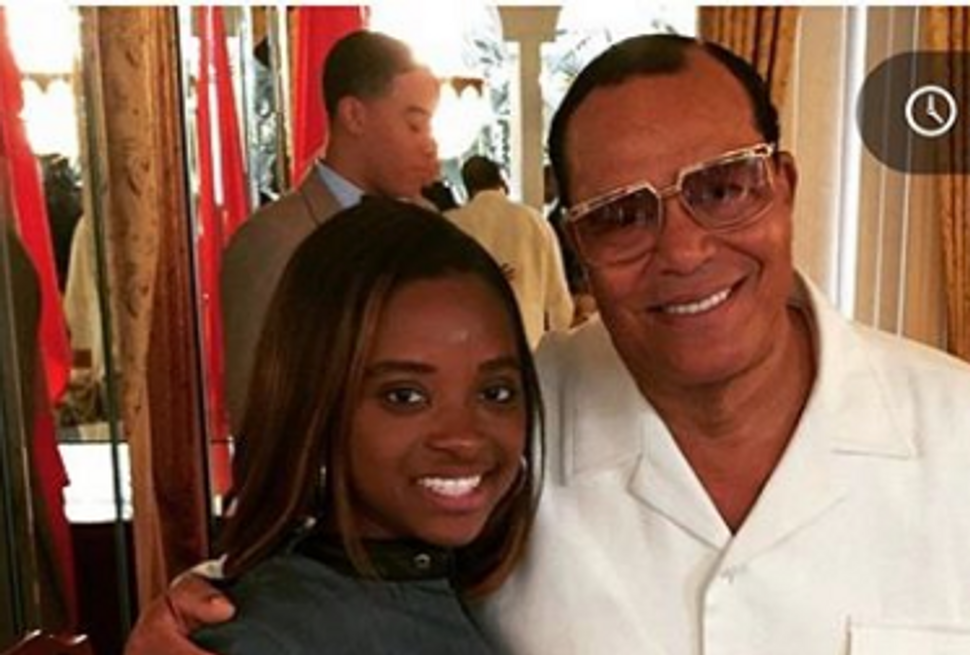 The Women’s March chapter in Connecticut issued a public warning to a leader of the national group, Tamika Mallory, about her perceived acceptance of anti-Semitism.

Upon returning from her recent visit to Israel, Mallory tweeted: “Donald Trump’s #muslimban + #deportationplan are all lines of out the #Netanyahu book of oppression.”

“As you tweet about your recent experiences in Israel, know that we will not stand for any further anti-Semitism,” Women’s March CT responded on Twitter. “Wherever one stands on Israel and Palestine, we should all agree that Jewish people — and all people — have the right to live without hate or prejudice.”

The Connecticut chapter’s tweet has since been deleted, but the Forward captured a screenshot before it was taken down. 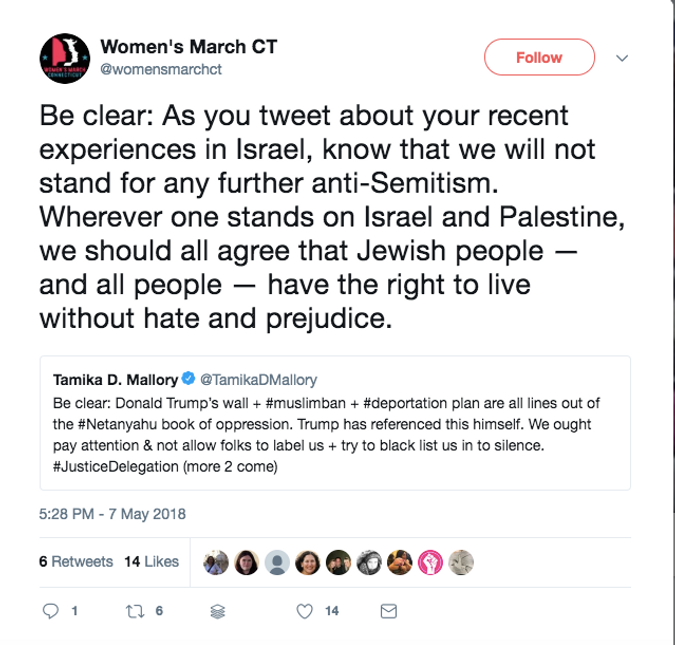 Jewish frustration with the Women’s March has spiked in the past year, largely due to actions by Mallory. It emerged earlier this year that she frequently attended and spoke at rallies organized by the anti-Semitic Nation of Islam leader Louis Farrakhan. At one of them, he reportedly gave Mallory a shout-out in the same speech in which he claimed that Jews control the FBI and are responsible for “degenerate behavior in Hollywood turning men into women and women into men.”

More recently, Mallory criticized Starbucks for including the anti-Defamation League in its anti-bias training, saying that the Jewish organization “constantly” attacks black and brown people.

Mallory traveled to Israel at the beginning of May as part of an organized tour, meeting with Israeli and Palestinian advocacy organizations that are known for being highly critical of the Israeli government.

Regional chapters of the Women’s March movement have increasingly criticized the national organization for what they see as its inadequate response to anti-Semitism. Last week, the Rhode Island chapter disaffiliated entirely, citing “National leadership’s reluctance to call out Antisemitism, and their defensiveness when asked to examine their own prejudices in this area.”