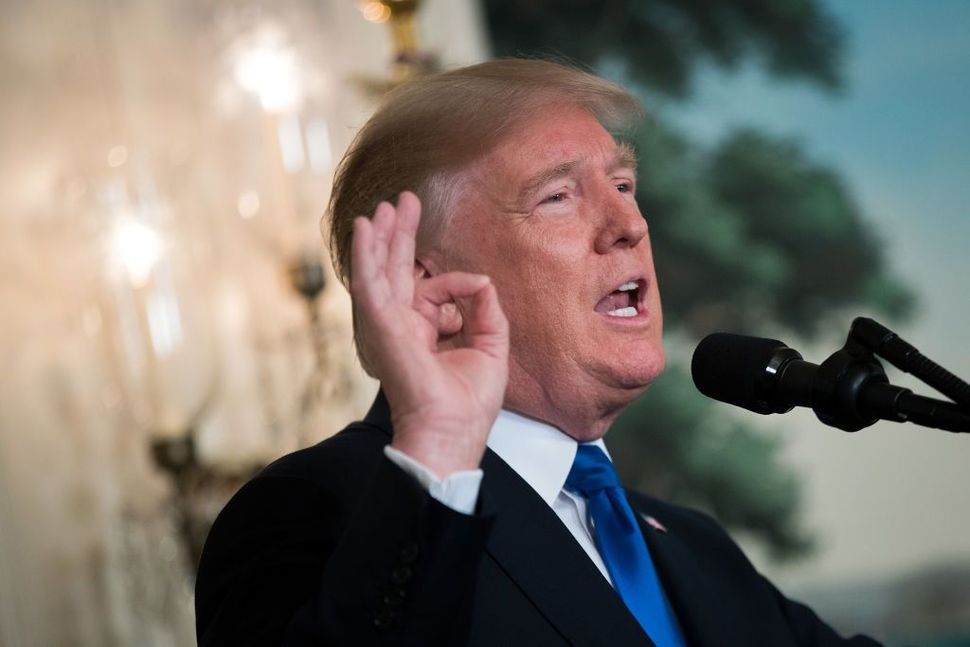 U.S. President Donald Trump makes a statement on the administration’s strategy for dealing with Iran. Image by Drew Angerer/Getty Images

WASHINGTON (Reuters) – President Trump said on Tuesday he was reimposing economic sanctions on Iran and pulling the United States out of an international agreement aimed at stopping Tehran from obtaining a nuclear bomb.

The decision is likely to raise the risk of conflict in the Middle East, upset America’s European allies and disrupt global oil supplies.

“I am announcing today that the United States will withdraw from the Iran nuclear deal,” Trump said at the White House. “In a few moments, I will sign a presidential memorandum to begin reinstating U.S. nuclear sanctions on the Iranian regime. We will be instituting the highest level of economic sanctions.”

The 2015 deal, worked out by the United States, five other international powers and Iran, eased sanctions on Iran in exchange for Tehran limiting its nuclear program.

Trump says the agreement, the signature foreign policy achievement of Trump’s predecessor Barack Obama, does not address Iran’s ballistic missile program, its nuclear activities beyond 2025 nor its role in conflicts in Yemen and Syria.

Iran has ruled out renegotiating the agreement and threatened to retaliate, although it has not said exactly how, if Washington pulled out.

Renewing sanctions would make it much harder for Iran to sell its oil abroad or use the international banking system.