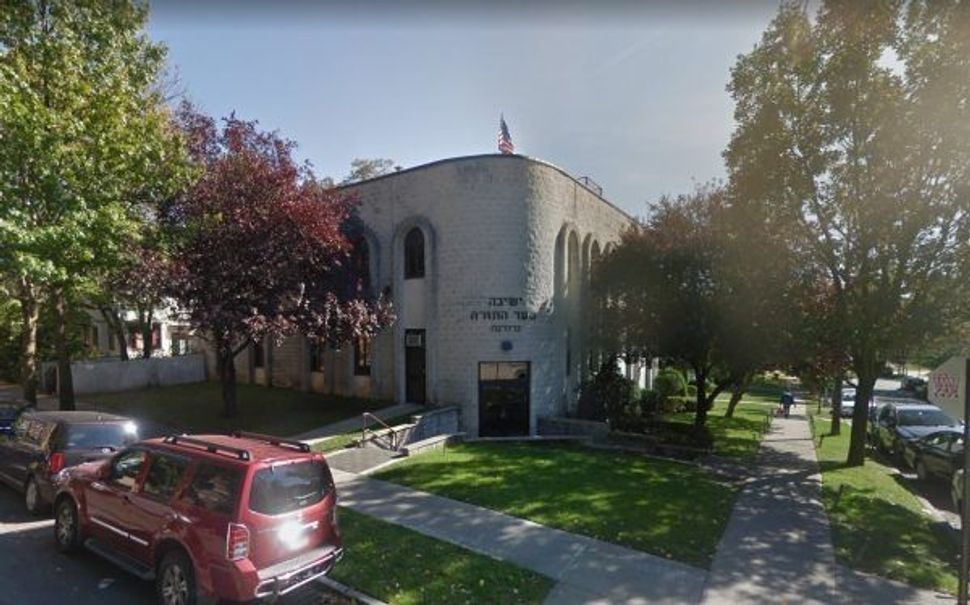 Yeshivath Shaar Hatorah Grodno in Queens was the site of another anti-Semitic assault. Image by Google Maps

A 14-year-old yeshiva student in the New York borough of Queens was punched and called a “Jew boy” on Sunday in an attack that the police are investigating as an anti-Semitic incident, the Forest Hills Post reported.

The boy was reportedly walking home outside Yeshivath Shaar Hatorah Grodno at around 8:00 p.m. when a man allegedly punched him in the face and cursed at him.

The New York Police Department says that the victim received medical attention at the scene, and that his face was sore and red.

Police are also reportedly looking for a man who broke into the yeshiva four times between November and April, stealing hundreds of dollars in cash and electronics.

Anti-Semitic crime appears to have risen in New York in recent weeks, including three known attacks on Hasidic Jews in the Crown Heights neighborhood alone.

In one such incident, a visibly Jewish man was assaulted in broad daylight; the victim claimed that his assailant yelled at him, “You f—-ing Jews! You stole my money! I gotta kill you!”